I’m not stepping down, I want to become next president -Tunde Bakare 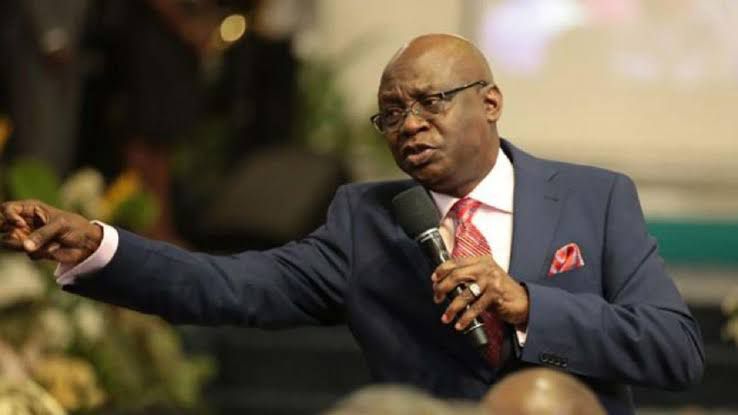 One of the presidential aspirants of the All Progressives Congress, Pastor Tunde Bakare, has vowed to transform Nigeria if elected.

Unlike other candidates, he did not step down for any candidate.

Instead, he expressed confidence in becoming Nigeria’s next president.

Before his speech, he called for one-minute silence for victims of the Owo terrorist attack.

“I am not here to step down for anyone. I am here to step up as the 16th President of the Federal Republic of Nigeria,” he said.

Bakare also said he would develop Nigeria like a genius.

Selected members of APC have gathered to vote on Tuesday in key primaries to choose a candidate for next year’s election to replace the President, Major General Muhammadu Buhari (retd.).

More than 2,300 APC delegates will select a candidate to face 75-year-old Atiku Abubakar of the opposition People’s Democratic Party among others in the February 25 presidential ballot.

Buhari, who is stepping down after the two terms he is allowed in the constitution, arrived at the Eagle Square convention centre early in the evening before voting was to start.

The Nigerian leader has spent days leading up to the convention in negotiations with the APC’s leaders seeking unity over a party candidate.

“The fate of the party depends on what we do here,” APC party chairman Abdullahi Adamu said, echoing Buhari’s call for unity in the ranks.

“We cannot go into the general election next year without putting our house together.”

Part of the APC’s debate over candidates relates to “zoning” – an unofficial agreement among political elites that Nigeria’s presidency should rotate between those from the predominantly Christian south and those from the largely Muslim north.

After northern Buhari, observers expected the presidency to go to a candidate from the south.

But the PDP – which held its primary on May 28 and 29 – chose Abubakar, a former vice president and a political stalwart who is a northern Muslim.

The opposition’s choice to ignore “zoning” has made the APC reconsider how their candidate will appeal to the north, where voter numbers and participation are traditionally higher.

Buhari, who is the leader of the ruling party, has not declared support for any candidate and instructed APC members to “allow the delegates to decide.”

“Our objective must be the victory of our party and our choice of candidate must be someone who would give the Nigerian masses a sense of victory and confidence even before the elections,” he said last week.

Heavy security was deployed in central Abuja early Tuesday and streets were gridlocked as hundreds of APC supporters wearing the party colours of green, white and red gathered in and around the venue.