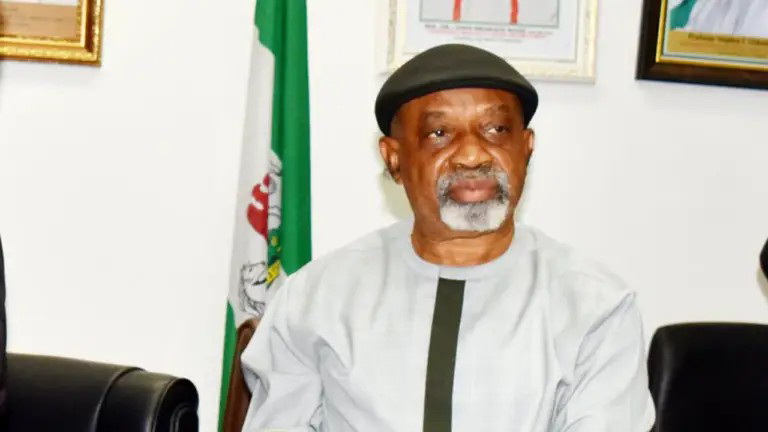 The Minister of Labour and Employment and one of the leading presidential aspirants seeking to be the All Progressives Congress, APC, candidate in the 2023 presidential election, Senator Chris Ngige has denied knowledge of any order emanating from the ruling party ordering political appointees interested in contesting elections next year to resign their appointments.

Senator Ngige also said that even if there is any order to that effect, it has not been conveyed to him and that there is a subsisting judgment from competent court of jurisdiction striking down the judgment.

Speaking to Vanguard in Abuja on Wednesday, Ngige, who was a former governor of Anambra State said that since section 84 (12) has been challenged in court and judgment entered into, the judgment should be obeyed until it is vacated by the court.

Asked his position on the APC leadership order that political office holders interested in contesting elections in 2023 should resign within 72 hours, Ngige said, “I don’t know about that I’m hearing for the first time from you.

“But like I always say, I’ll be guided by the letters and spirit of the constitution of Federal Republic of Nigeria. You are pushing me into something that is not necessary to discuss, because that aspect of the law enacted by the National Assembly, via the Electoral Act, that section 84:12 has been struck down by a court of law and the case is on appeal.

“And for now, no matter how bad the judgment is, that’s the maximum jurisprudence no matter how bad a judgment of court is, it should be obeyed, until upturned or stayed. But there is no stay, that particular pronouncement has not been upturned, and the party is on appeal.

“So the judgment is still subsisting, that aspect of the law was injurious to some persons and should not have been there. I also know that the Constitution of Federal Republic of Nigeria in certain sections, section 107, 137 and 88, prescribe disqualification clauses for people who are going for election and that prescription is supreme, because it’s in the constitution and the constitution is the grand norm of all laws.”

But reminded that there is from his party, the APC for those occupying political positions and interested in the forthcoming elections to resign, he said, “No, it’s not there. It is not in the works at all. But I will make for a consultation with a party, I find out.”

Asked why the APC went ahead to tell political office holders of the party to throw in the towel if they are contesting elections when there is a subsisting court judgment that has not been vacated, he said, “I have not seen that pronouncement from the party. I have not seen any release from the party. It has not been conveyed to me or to anybody. I’m an aspirant, I’m a presidential aspirant. So I’ll find out and if it is true, I would then know what to do.”

Asked his comment on the condemnations that have trailed the fixing of the APyygyyxhC’s presidential form for N100 million, which has been said to be outrageous by some Nigerians, he said people were free to express their views.

Senator Ngige said that he had earlier budgeted N50 million for the party’s presidential form, but has to contact his supporters to help him raise the N100 million needed.

He said, “Well, that is the people’s views. I had said earlier that I made a budget for N50 million, and is now N100 million. So I have discussed with my supporters, and they are raising the money to augment whatever is before now. So when they finish augmentation, I believe that we’ll get up to N100 million so that we can purchase our form.