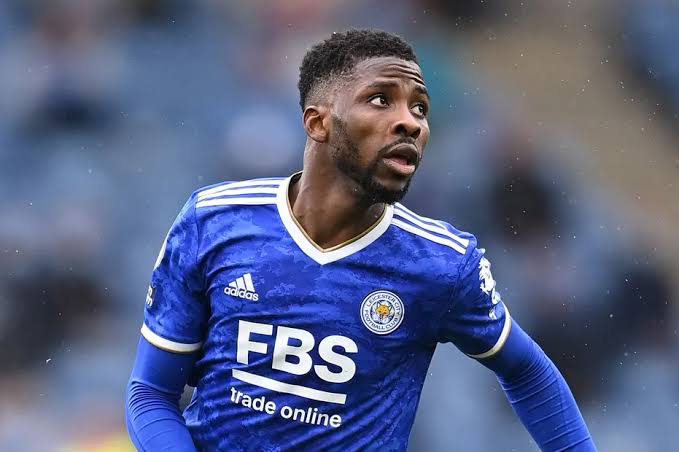 Ex-England striker Emile Heskey has lauded Kelechi Iheanacho for the goal scored against Rennes, stating it was not an easy finish.

The two sides met at the King Power Stadium in the Uefa Europa Conference League on Thursday night with the English side winning 2-0.

Marc Albrighton scored first in the 30th minute before the Nigerian managed to find the far corner in stoppage time to hand the Foxes a massive advantage.

The former striker went on to agree with his fellow pundit Kasper Schmeichel that the Super Eagle is a great finisher and will be vital for the team in the attacking department.

“Kasper Schmeichel says Iheanacho is the best finisher at the club and that is fantastic. The finish was not easy at all,” Heskey told BT Sport as quoted by All Nigeria Soccer.

“It is great for him to score, especially with Jamie Vardy being out. The club rely on Vardy but it is not just about him.”

The 25-year-old Nigeria striker went on to praise the performance from the Foxes and what his goal meant.

“It was a good performance from the team, we went 1-0 up at halftime, and came out stronger to secure victory in the second half,” Iheanacho told Leicester Online TV.

“They are a good team but we were stronger; looking forward to the away game.

“I am happy with the goal. It helps get my confidence back… it is so important that we got that second goal for security. We don’t need to do a lot in the second leg, we just need to go there and play our football and win the game.”

Prior to the second leg, Iheanacho is expected to lead the attack against Arsenal this weekend in the Premier League.

The Foxes are pushing for a top-half finish on the table after an inconsistent season. Currently, they are placed in the 12th position on the table with 33 points.

The Gunners are placed fourth on the table with 48 points.