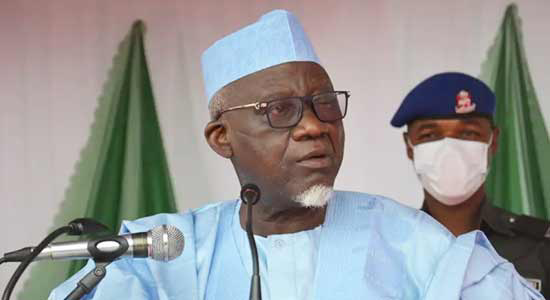 The Minister of Police Affairs, Dr. Muhammed Maigari Dingyadi, has noted with concern, a misrepresentation of his response on the tenure for Inspector-General of Police by some sections of the media, following his engagement with State House Correspondents after the Federal Executive Council meeting at the State House on Wednesday 18th January, 2023.

It would be recalled that after the first Federal Executive Council meeting for the year 2023, which held yesterday at the State House, the Minister addressed State House Correspondents to tell Nigerians on Council’s approval of a memo which gives legal status to Police Training Institutions across Nigeria, as part of ongoing Police Reforms to produce quality manpower that will institutionalize service orientation and enhance internal security.

For the avoidance of doubt, the Honourable Minister during the media engagement also responded to inquiries on retirement date of the Inspector-General of Police, IGP. Usman Alkali Baba, CFR.

For clarity purposes, IGP. Usman Alkali Baba, CFR, was appointed by President Muhammadu Buhari on 6th April, 2021. His appointment was confirmed by the Nigeria Police Council headed by Mr. President in June, 2021 for a single tenure of four (4) years, as provided for, in Section 7 (3), and Section 7 (6) of the Police Act 2020 which amongst others states “that the person appointed to the office of the Inspector-General of Police shall hold office for four (4) years”.

These provisions of the 2020 amended Police Acts should not be misconstrued for tenure extension as erroneously reported in some sections of the media.