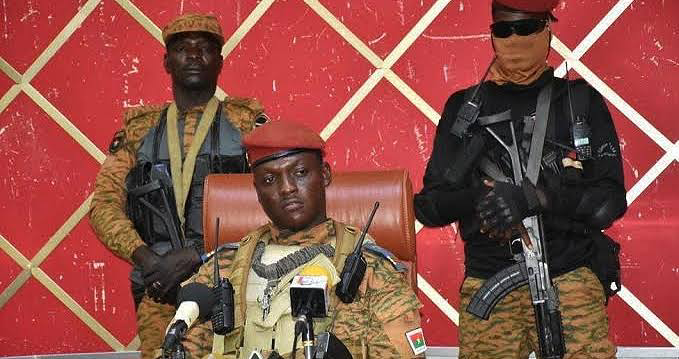 Traoré began his military career in 2009 and has served in various contingents in Burkina Faso’s volatile eastern and northern theatres.

He was part of the soldiers that supported deposed leader, Lt Col Damiba to execute his coup on January 24, toppling democratically elected President Marc Roch Kaboré.

Traoré capitalized on the divisions that emerged in the junta known as the Patriotic Movement for Preservation and Restoration (MPSR).

The surge in deadly militant attacks in Burkina Faso also made it difficult for Damiba to implement his reforms.

Losing control of the situation, Burkina Faso quickly emerged as the new epicenter of militant violence this year, replacing Mali.

Groups linked to al Qaeda and Islamic State seem to be thriving in the region with the violence that began in neighbouring Mali in 2012 now spreading to other countries south of the Sahara Desert.

Thousands have been killed in raids on rural communities and millions have been forced to flee despite Damiba’s promise to tackle insecurity following his coup in January.

At least 11 soldiers died in an attack in northern Burkina Faso. Dozens of civilians are missing following the attack last week.

Capt Traoré is now fully in charge after Lt Col Damiba’s resignation but he faces an uphill task to win the battle against insurgency that continues to destabilise Burkina Faso and the Sahel region.

“I know I’m younger than most of you here. We didn’t want what happened but we didn’t have a choice,” Capt Traoré told government officials during a meeting on Sunday evening.

The Economic Community of West African States has condemned the seizure of power by Capt Traoré and his colleagues.