I Need ammunition, not a ride: Ukraine President Zelenskyy turns down US offer to flee Kyiv 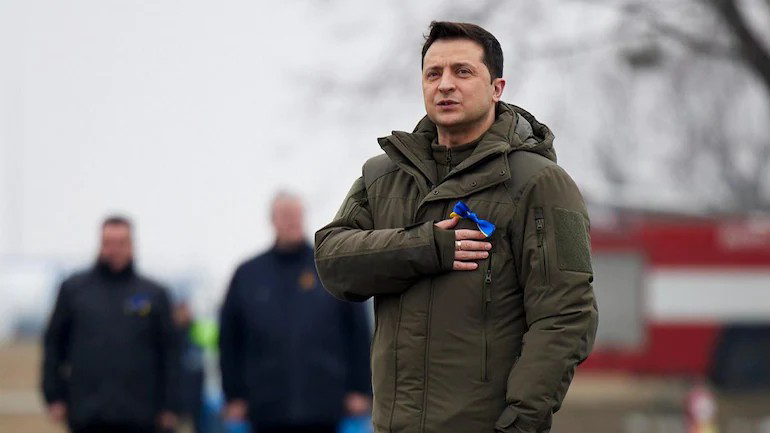 President Volodymyr Zelensky turned down the US government’s offer to evacuate, insisting that he would stay and fight.

“The fight is here; I need ammunition, not a ride,” Zelensky said, reported AP citing a senior American intelligence official with direct knowledge of the conversation.

The US offer to Zelensky was based off of intelligence that Russian President Vladimir Putin is determined to overthrow Ukraine’s government and replace it with a regime of his own.

Zelensky has previously stated that he is Moscow’s “No. 1 target” and that Russian “sabotage forces” were in Kyiv and hunting for him and his family.

During a video conference with European Union (EU) leaders on Thursday, the Ukrainian premier reportedly told them that “this might be the last time you see me alive”.

Despite a relentless onslaught from the militarily mightier Russia, Ukrainian forces have continued to resist Russian troops’ advance into Kyiv. Even as casualties mount on both sides, Zelensky has remained resolute and physically present in his nation’s capital, telling Ukrainians to stand their ground as “the fate of Ukraine is being decided now.”

Russian forces launched coordinated missile and artillery attacks on Ukrainian cities on Saturday including the capital, Kyiv, where gunfire erupted near government buildings in the city centre, reported Reuters.

Ukrainian authorities have urged citizens to help defend Kyiv from advancing Russian forces. Residents of the capital were told by the defence ministry to make petrol bombs to repel the invaders.

In a chilling message, Vladimir Putin has called on the Ukrainian army to overthrow the country’s democratically elected leadership in Kyiv. The Russian President referred to the Ukrainian leadership as “terrorists” and “a gang of drug addicts and neo-Nazis”.

PREVIOUS POST Lawan: N’Assembly Will Consider Buhari’s Request to Amend Section 84 (12) of Electoral Act
NEXT POST Ukraine President may Not Be Alive In Next 48 Hours as he is Target Number One’ for Putin