I have experience to be president, says Amaechi as he visits Masari in Katsina 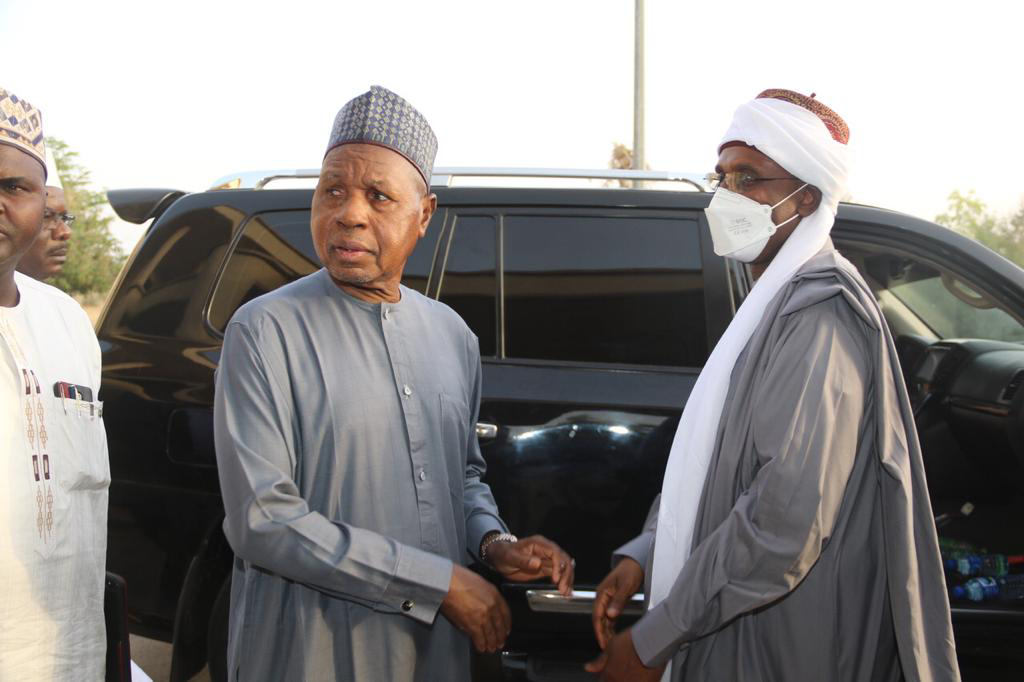 Rotimi Amaechi, minister of transportation, says he has the requisite experience to be president of Nigeria.

Speaking when he paid a visit to Bello Masari, Katsina governor, on Monday, Amaechi said he is the only aspirant in the presidential race that governed a state where there was militancy.

The minister said under his stewardship in Rivers, militancy reduced and some oil companies relocated their headquarters back to the state.

He said he would replicate all his achievements in Rivers at the federal level.

“Your Excellency, you are the first governor I’m visiting after declaring to run for the President of Nigeria in 2023, I will visit others as I progress with my consultations. I have visited three to four Emirates, two in the area you superintend over, and two in Kano,” Amaechi said.

“I have come to also brief you on how far we’ve gone with the railway assignment given to us by Mr. President. And the third reason is to tell you that I am interested in running for the office of the President of Nigeria.

“I think I’m qualified, and I happen to be the only candidate in the race who governed a State where there was militancy, so I have experience of how to manage militancy. Between six months and one year of occupying the office of Governor of the State, the militancy reduced tremendously.

On his part, Masari said Amaechi has a good chance of becoming president of the country.

“We have come a long way. I have no doubt in your character and in your ability and in your inclusiveness,” the governor said.

“We have discussed this privately, now you have come to formally declare your intention to contest for the office of the President of your country, which I feel you are qualified, and I hope you will play politics like a modern politician, because the way our politics is been played for quite some time, there is need for change of attitude, change of approach, change of style, so that we should treat the current situation of today with today’s solutions, not today’s problem with yesterday’s solutions.

“Like you know, I wish you well. You were there for me when I needed support and I appreciate and recognize that.

“You have a good chance. The experience, you have it, the service years, you have it and the rest we leave it to God because he is the ultimate decider. I wish you well.”

The minister has also visited the emirs of Daura, Katsina, Bichi and Kano.