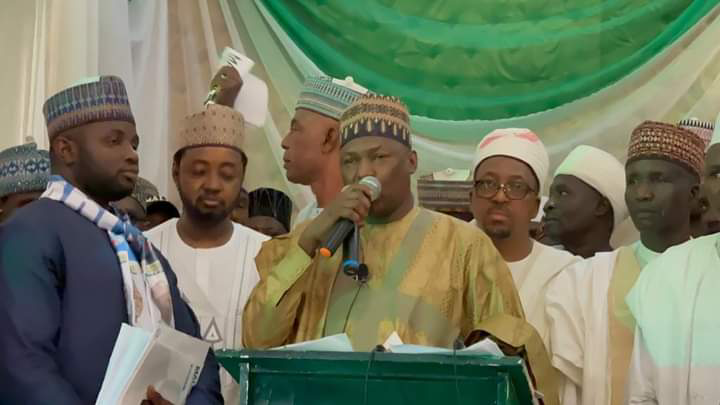 Abubakar Malami, attorney-general of the federation (AGF), has announced his intention to contest the governorship of Kebbi state in the 2023 general election.

He spoke on Thursday at an event which featured members of the Kebbi chapter of the All Progressives Congress (APC).

Atiku Bagudu, governor of Kebbi, was also present at the event.

The development comes after months of speculations over whether the AGF would contest the Kebbi governorship.

Addressing a crowd of supporters, Malami said his decision was in answer to the people’s call on him to contest in the governorship election.

“The chairman of the party has announced the commencement of sale of forms for aspirants. My fellow people, let me let you know in this gathering that a lot of people have been calling on me to declare that I will contest,” he said.

“But this is not how I am. It is not part of my tradition or religion to declare that I will contest without consulting you the people.

Malami added that he has contributed significantly to the development of the state, and said he would not relent in his efforts to bring growth to Kebbi