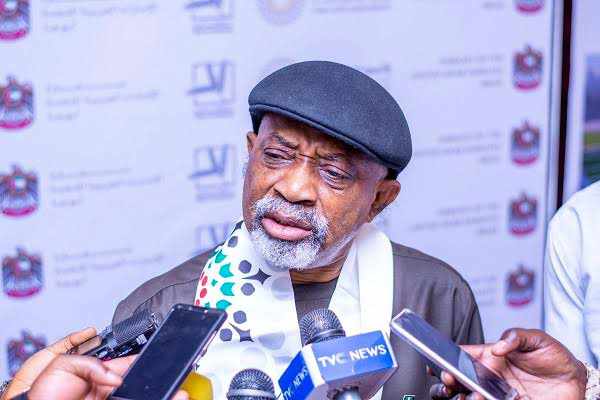 The Senator Chris Ngige Media Office has dismissed the claims by a Senior Advocate of Nigeria, Mr Femi Falana, that the Minister of Labour and Employment withdrew his resignation letter after the valedictory session with the President, Major General Muhammadu Buhari (retd.), on Friday.

In a statement in Abuja, the office said the minister neither wrote nor submitted a resignation letter, adding that “Falana is embarrassing the public with a bad harvest of his bumper imagination.”

Falana had faulted Ngige and the Attorney General of the Federation, Abubakar Malami’s decision to drop their political aspirations in the 2023 general elections in order to remain members of the cabinet of the President, Major General Muhammadu Buhari (retd.).

“Since the resignation of the former ministers has taken effect, they cannot return to the cabinet either of their own volition or on the directive of the President.”

But reacting to Falana, Ngige’s media office said, “Dear Femi Falana (SAN), you conjured a resignation letter, hung it on Senator Chris Ngige and went to town with it. That is very bad.

“Get your facts right, sir.  First is that the Honourable Minister of Labour and Employment, Senator Chris Ngige, neither authored nor submitted a resignation letter to the President or any other person authorised by him. Therefore, the resignation letter you referred to does not exist.’’