I Am Not Aware Of APC Defeat In Osun Poll — Adamu, APC Chairman 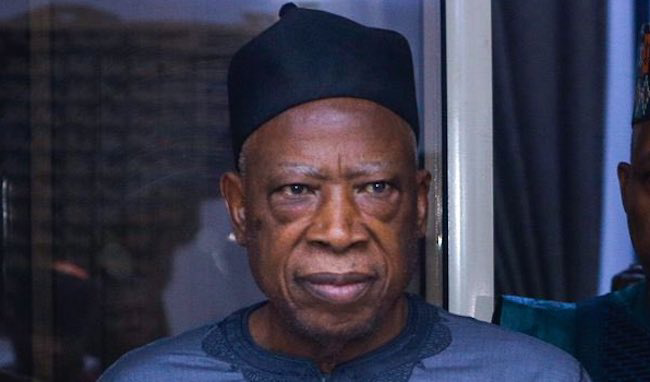 National Chairman of the All Progressives Congress, Senator Abdullahi Adamu, on Sunday claimed ignorance of the victory of the candidate of the Peoples Democratic Party (PDP) and Osun State governor-elect, Senator Ademola Adeleke.

Adeleke had defeated the incumbent and APC candidate, Gboyega Oyetola in the weekend governorship election.

Nigerian Tribune checks revealed that President Muhammadu Buhari has since congratulated the PDP candidate. The national secretariat of the APC has been silent on the outcome of the election.

Speaking on Arise TV monitored programme, the APC national chairman said he was yet to be formally informed of the outcome of the Saturday election in the Southwest state.

He said: “With due respect, my dear brother, I am just really hearing this from you. I have not formally heard the announcement from INEC, which is the independent commission responsible for election in Nigeria.

“I have not heard from them yet. Once I hear formally from INEC, I can be in a position to answer this particular question.”

Prodded further by the presenter that the national dailies were already awash with the outcome of the election, Senator Adamu said he was yet to read the newspapers.

“Between me and you, I have not formally heard from INEC and I have not read the papers you are talking about. I do read some papers on my table before I have my breakfast but I haven’t done that today yet,” he said.

He was also silent on the position of the party on the defeat of its candidate.

“I don’t like pre-empting my situation. You need to be patient. Since you got the result, wait for me too to receive it. You can get back to me and I will be willing to talk about it.

“Until I hear from INEC formally or my people in the control room confirm that it is the result, of course, I will abide by it. But hearing the result first from you is unacceptable. You are not INEC.”