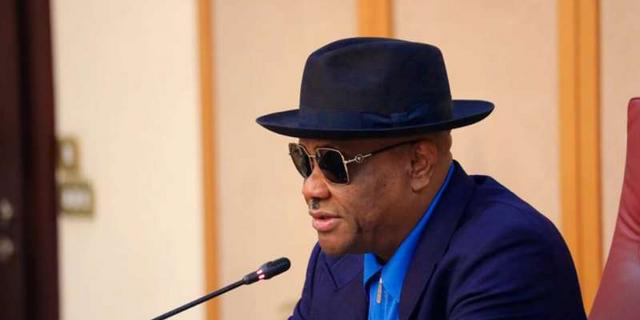 The Nigeria Labour Congress(NLC) has appealed to the Rivers State Government to respect labour laws and implement the agreement signed with organised labour.

The NLC President, Mr Ayuba Wabba, said this contained in a letter addressed to Gov. Nyesom Wike of Rivers and made available to newsmen on Friday in Abuja.

The letter was entitled“ Re-Complaint by Rivers State Workers Against the Inhumane Disposition of the Rivers State Government to the Plight of Public Workers and Pensioners in Rivers State’’.

Wabba, who referred to letters written to the state government dated Feb. 6, March 24, and Aug. 10, 2020, concerning the labour disputes in the state, called on the government to intervene to resolve them.

He said due to the intervention of the government the planned mass action and industrial shutdown of Rivers was averted.

According to him, it is regrettable that nearly two years after reaching a Collective Bargaining Agreement with Rivers workers and pensioners, the state government has reneged on its commitments.

He said some of the issues under dispute include: “non-promotion of civil servants eligible for promotion since 2012.

Also of concern to the workers, NLC said, is the non-payment of salaries arrears to civil servants in February and March 2016 salaries due to the aborted 2016 biometric verification.

Others include: “Non-harmonisation of Pension for state retirees; non-payment of pension arrears, gratuities and death benefits to retirees in Rivers thus exposing them to unimaginable pains and trauma and non-implementation of pension incremental rates.

The NLC president also recalled that a Tripartite Committee was set up to resolve the foregoing issues and present its report to the state government for implementation.

He said this was pursuant to Article 6 of the Memorandum of Understanding signed between Organised Labour and the Rivers State Government on Sept. 7, 2020.

“Unfortunately, till date, Your Excellency has failed to act on the Report of the Tripartite Committee.

“This is contrary to the agreement reached with the Rivers State Government which by our national laws and international labour conventions has a binding force of law.

“We are also amiss at the continued failure of Rivers State to pay the terminal benefits of retirees for the past seven years despite the viability of Rivers State.

“ We learnt that workers in the state now go about in black mourning robes and the children of retirees now protest naked in the public. Those are all ominous signs,’’ he said