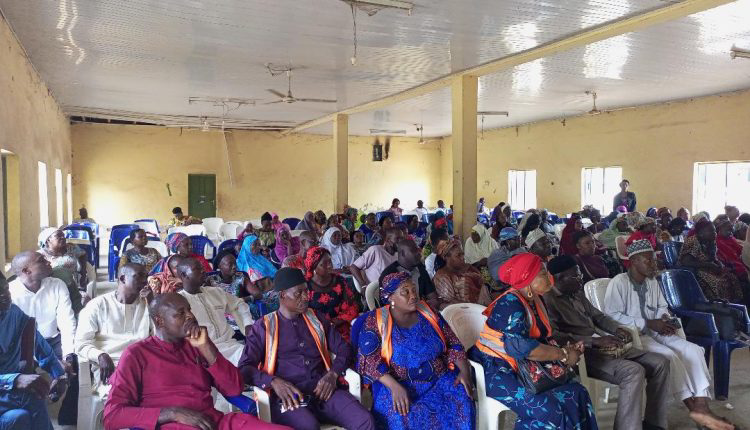 The Federal Capital Territory Administration (FCTA) has dialogued with the office of the National Homegrown School Feeding Programme of the Federal Ministry of Humanitarian Affairs, Disaster Management and Social Development to ease the feeding of one hundred and twenty-five school children in Abuja.

The interactive session which was held at the LEA Primary School in the Jabi area of Abuja was against the backdrop of growing complaints from some food vendors about certain issues especially money and menu given to them amongst others affecting the programme.

It would be recalled that the programme, which kicked off in 2019, is targeted at increasing the enrollment and nutritional value of pupils in public schools as well as empowering the downtrodden as a strategic survival venture. And in FCT, primary 1-3 pupils of 657 primary schools are involved in the programme.

Speaking during an interactive session with other stakeholders, the FCT Focal person who is also the Special Assistant to FCT Minister of state on Social Investment Programme (SIP), Mrs Chinwendu Amba, noted that the programme started in FCT with the feeding of 81,000 plus children, but now there are a total of 125,000 plus children.

She also revealed that the administration has again written to the Ministry of the Humanitarian Affairs to capture the new number of children and schools in their next tranche of payment.

The FCT Focal person noted that most of the issues raised by their partners were resolved at the meeting, including the controversy trailing funds disbursement and purported payment of the approved additional N30 to the N70  feeding cost per pupil.

She added that they have platforms where the administration interacts and disseminates vital information to those involved in the programme so that everybody should know what to do at any time, as well as desk officers to handle complaints.

“The idea for this programme is financial inclusion, and that is what we are doing so far in the FCT, and because of this programme, we have more enrollment of children in our schools now.

“As the food on the menu is sourced locally, we are promoting agriculture and employing more cooks- that’s financial inclusion, making sure that those women in the rural areas are being captured in this programme.

“For me, this programme should be institutionalised for any other administration coming in, so we are asking and pleading for sustainability because it has gone a long way to promote this administration and to reach out to people especially those in rural communities.

“The programme cuts across every segment of the society, so we are happy for the programme and what we have achieved so far, and we are begging and pleading that there should be sustainability”.

She noted it’s not a once a year programme, as the Ministry is trying to ensure there consistency in the funds’ disbursement to food vendors and aggregators.

Dangana, who is also Director, Social Mobilisation, FCT UBEB, advised the food vendors to ensure to report any teacher or school administrators found wanting in the schools, where the programme is being implemented

He added that, “Very soon everything will be okay that’s why we invited officials from the Humanitarian ministry and other stakeholders to come together to dialogue and sensitise them on the happenings about the programme, so as to ensure we won’t be having many complaints about it”.

Some of the food vendors who commended the government for the school feeding programme, however, advocated for more regular interactive sessions with stakeholders, to help bridge the communication gaps recorded in the process so far.

They also appealed for improved funds disbursement and implementation of the approved N100 per-pupil payment for the days of feeding.