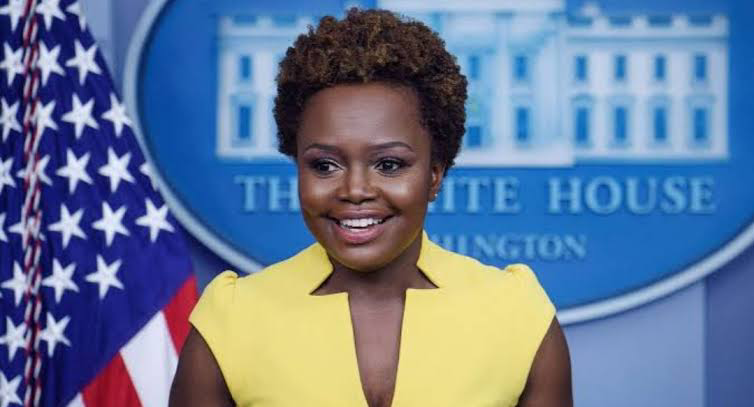 US President Joe Biden has appointed Karine Jean-Pierre as the next White House press secretary.

Jean-Pierre will be the first black person to hold the high-profile post and the first openly LGBTQ person in the role.

She will replace Jen Psaki under whom she served as deputy and who is set to leave White House on May 13.

In a statement on Thursday, President Biden said he was happy and proud to announce her Jean-Pierre’s appointment.

“Jean-Pierre not only brings the experience, talent and integrity needed for this difficult job, but she will continue to lead the way in communicating about the work of the Biden-Harris Administration on behalf of the American people. Jill and I have known and respected her for a long time and she will be a strong voice speaking for me and this administration,” he said.

Psaki, while introducing her successor at a White House briefing on Thursday, said, “Her promotion is amazing as representation matters and she is going to give a voice to so many and show so many what is truly possible when you work hard and dream big.”

The press secretary is the highest profile public-facing staff job in the White House.

“This is a historic moment, and it’s not lost on me. It is an honour and a privilege to be behind this podium,” Jean-Pierre said in a brief appearance in the White House press room.

Before her, only one other Black woman, Judy Smith, had been deputy White House press secretary, during George H.W Bush’s presidency in 1991.

A long-time advisor to Biden, Jean-Pierre worked on both of former president Barack Obama’s campaigns in 2008 and 2012 and then on Biden’s campaign in 2020 before joining his team at the White House.

She also served under Biden during his tenure as Obama’s vice president.

He thanked her for “raising the bar, communicating directly and truthfully to the American people, and keeping her sense of humour while doing so.”