Group Says no to monetary inducement of delegates, reaffirms their Support for Osinbajo 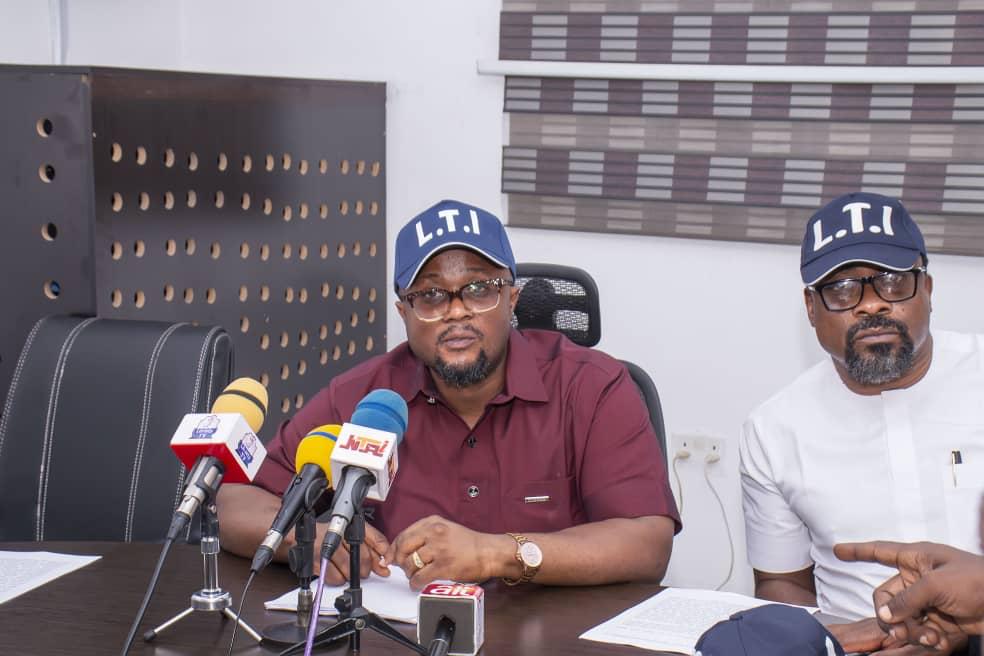 “IT IS TIME TO SAY NO TO MONETARY INDUCEMENT“. This was a call made by
the members of the Incorporated Trustee- Legacy Transformation Initiative- a policy formulation and analysis hub; at a press conference to reiterate and reinforce our stance on emerging and unfolding political events in Nigeria- from a non–partisan prism.

Firstly, we wish to express our deep appreciation to the relative non-rancorous and non-violent atmosphere the primary elections processes as observed across the country so far. We wish to admonish all Nigerians to sustain this momentum; the wave of peaceful process and eschew any motivation or provocation to embrace violence in the remaining period of the election cycle. Noteworthy, of particular mention and commendation is our ever indefatigable Nigerian youths for the maturity and calm disposition they have been exhibiting throughout the primary electioneering season.

As a group, LTI is taken mindful notes of the expectations of the teeming youths as expressed in our patriotic activisms on our streets and various available mediums. We acknowledge these concerns, as we are equally fellow compatriots. But must significantly, encourage them to move this notch up by mobilizing en masse to register to vote. It Is Time to have your PVCs, as our immediate present and tomorrow which forms our future depends on our votes.
Secondly, as a corollary point to the first, we implore our political leaders to stop paying lip service to the prescriptions of an already enacted law on our youth involvement and participation in politics by adopting and initiating pragmatic frameworks and activities that will encourage and incentivize the youths to politics and into the whole gamut of our political processes- to sway them away from the allure and prevalence of criminal activities assailing our land.

One of such ways is to deliberately as a matter of necessity re-engineer our leadership recruitment process. Of immediate attention is the need to demonetise the methods for delegate selection or nomination through the adoption of stringent guidelines that emphasize on the strength of character, experience and leadership qualities of candidates to inform the choice of delegate in choosing party’s flag bearers.

Only when this is entrenched as a party culture can the youths and credible people aspire and eventually emerge to represent the mass of us.This is particularly worrisome, with several reports that made the rounds of the charade and open market bidding processes that allegedly characterized the opposition PDP Presidential Congress.

This was reinforced as expressed and captured by one of the PDP Presidential aspirants, Dr Hayatu deen (a seasoned banker)- who had to step down on account of the over monetization of the process.
Thirdly, accordingly, we prescribed that the “it is time” the ruling party (APC) is offered a golden opportunity come 6th -7th June 2022 to assuage the traumatized Nigerians- especially our teeming youths who saw that infamy perpetrated by the PDP by correcting the wrongs.

The APC can engender itself among Nigerians through this narrow window their Presidential Congress affords by conducting the primary congress devoid of monetary inducements and the characterising of an eventual winner as the highest bidder in the process.To avoid the damage to its hard earned reputation and to cash in on the prevailing mood which is as a result of the recent PDP Presidential Congress; which left in its wakes a traumatized/disillusioned citizenry.

The APC has a choice of walking away from this inglorious path and show of shame by adopting or voting a candidate whose persona and public records are directly at variance with the choice of the PDP and the alleged monetized process which they used to arrive at their choice.Thus, we appeal on behalf other numerous patriots that by adopting or voting Prof Yemi Osinbajo (GCON)- whom we have by our earlier press statement characterised from our studies as the most suitable and capable of the rest of the qualified aspirants on the APC primary election ballot.

A man who is evidently and manifestly is NOT a money bag, a pious and prudent character that his profile set him apart from other contenders and whose aspirations resonates with the youths and mass of Nigerians; as well as the international community. We must emphasize with all sense of conviction that the APC will endear itself to Nigerians, heartily and boldly adjudge itself as truly “progressive” as the appellation which it claims if they elect to do this.

Equally, by seizing the onerous opportunity of adopting or overwhelmingly/unanimously electing Prof. Yemi Osinbajo (GCON) the APC delegates/leadership would deliberately with all sense of patriotism avert the strain on the Naira and the correlating inflationary impact on the Nigeria economy a second tortious pull of the strong dollar against a weak naira at this time. We are afraid to note and conclude that if the APC fails to seize this moment nor neglects to react to the PDP’s primary election debacle and the reputation it has infamously earned by doing something different, Nigerians may continue in the erroneous classification that all the parties are only different between six and half a dozen.

Lastly, dear patriotic APC delegates and party chieftain, It Is Time as history beckons as you all stand to be counted. All Nigerians present and future hopes lies in your hands to choose PYO for a greater and prosprosperous Nigeria for all of us.