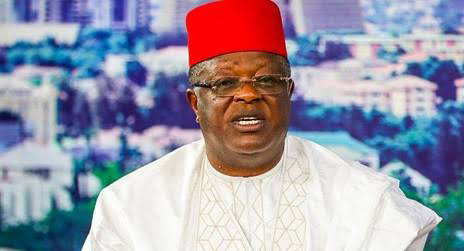 Governor David Nweze Umahi has directed the immediate arrest and prosecution of the State APC Chairman, Chief Stanley Emegha and Candidate for Afikpo North/Afikpo South Federal Constituency, Chief Eni Uduma Chima for their roles in the murder of three persons in Ekoli Edda.

Governor Umahi gave the directive during an on the spot assessment of the level of damages in the area.

According to a statement by his special aide, Chooks Oko, the governor also directed the Commissioner of Police to arrest all those connected with the carnage and ensure they face justice.

Umahi while announcing the suspension of all social gatherings in Edda until normalcy returns, urged the Commissioner of Police to saturate the area with security presence to forestall further breakdown of law and order.

As at the time of filing this report, the whole Ekoli Edda has been cordoned off by the combined team of the Police, Army and the Ebubeagu Security outfit.