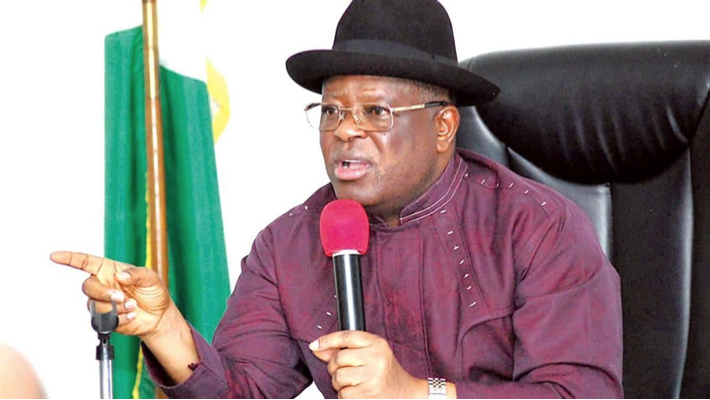 He described the claims suggesting that he had backed out of the race for the ticket of the All Progressives Congress (APC) as senseless, malicious, and cowardly fabricated falsehood peddled by some mischievous persons.

“We restate for the pleasure of progressive Nigerians home and in the diaspora that the falsehood trending currently in social media that Governor Umahi has dropped his ambition for Senate is nothing but the empty and vaunting architecture of political charlatans who are intimidated by the tall and admirable hallmarks of leadership excellence recorded by Governor Umahi,” the Commissioner for Information and Orientation in Ebongi, Uchenna Orji, said in a statement on Tuesday in Abakaliki, the state capital.

Orji who described the sponsors of the rumour as political jobbers said they were being monitored and would be made to face the full wrath of the law.

He stressed that Governor Umahi’s presidential ambition was unwavering and alive in the hearts of Nigerians.

The commissioner, however, thanked the people, especially those who called the attention of the state government to the rumour.