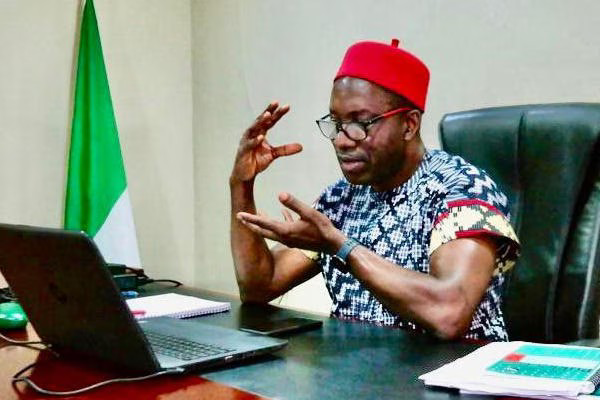 Governor Charles Soludo of Anambra State, has written to the House of Assembly to receive him on Friday, as he planned to present a revised 2022 draft budget.

Speaker of the House, Uche Okafor, announced the date while reading the letter from the governor at Thursday’s plenary session.

In the letter, the governor thanked the lawmakers for their support and urged them to allow him to perform his constitutional duty.

The speaker said, however, that he would reply to the governor to ask for another date as the proposed date of May 6, would not be convenient.

“May 6, is Friday and with the look of things, it will not be convenient to receive the governor, I will, therefore, communicate with the governor’s office to agree on a new date which will be communicated to members,’’ he said.

In another letter, Mr Soludo informed the House of the expiration of the tenure of the 21 Local Government Transition Committees since April 28.

In the letter, the governor directed the transition committee chairmen to hand over to their Heads of Local Government Administration, in the interim.

He said a new list of nominees for the transition committee chairmen and members would be sent to the Assembly soon for consideration and confirmation.

Also at the plenary session on Thursday, the Majority Leader, Nnamdi Okafor, (APGA-Awka South), informed the House that the services of the Clerk, Pius Udo, ended on May 5 and that nature abhorred a vacuum.

Mr Okafor noted that it was the responsibility of the House to appoint a new or Acting Clerk and consequently nominated the Deputy Clerk, Esther Anetoh, to be appointed as Clerk.

The speaker confirmed Mrs Anetoh as the Acting Clerk after a voice vote by lawmakers and the House adjourned until May 10.