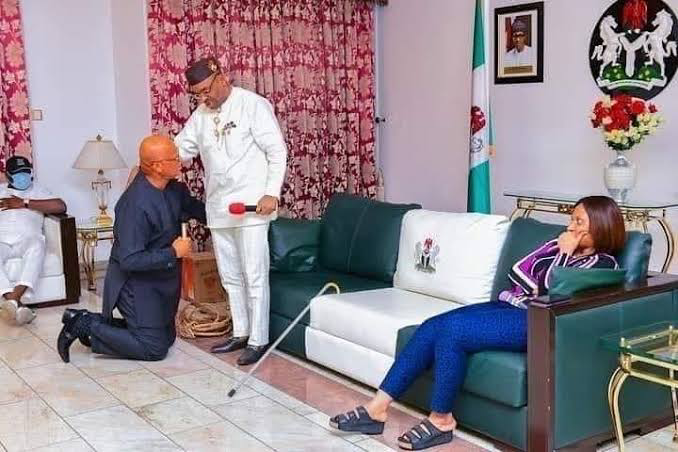 Eno polled a total of 993 votes, out of the 1018 accredited delegates to beat 13 other contestants in the election held at Godswill Akpabio International Stadium, Uyo, Akwa Ibom capital.

Meanwhile, some of Umo Eno’s co-contestants had earlier pulled out of the contest citing a subsisting court order in Suit No. FHC/ABJ/CS/606/22 at the Federal High Court Abuja where they claimed the Honourable Court ordered amongst others that it will be in the interest of justice for the parties to maintain status quo antebellum pending the hearing and determination of the suit and an Appeal by the party with the Court of Appeal, Abuja on May 19th, 2022 alongside an application for stay of order at the same Federal High Court, Abuja.

But, when the matter came up today (Wednesday), Counsel to the 2nd – 331st defendants, Uwemedimo Nwoko SAN, argued that the Status Quo Bellum advice by the court was misrepresented by the plaintiffs to mean an order of court to stop the primaries from holding.

The court agreed that it never stopped the primaries of the PDP in its order and urged the plaintiffs to go ahead with their arguments on the preliminary objections over jurisdiction and locus standi brought by the defendants.

Counsel to Plaintiff, Ahmed Raji also appealed for more time to study the preliminary objections filed by the defendants. The defendants raised no objection to his plea, after which the matter was adjourned to Wednesday, 1st of June, 2022 for further hearing.

With today’s victory, Pastor Umo Eno is expected to be issued his Certificate of Return and get set to fly the party’s flag in next year’s general election.