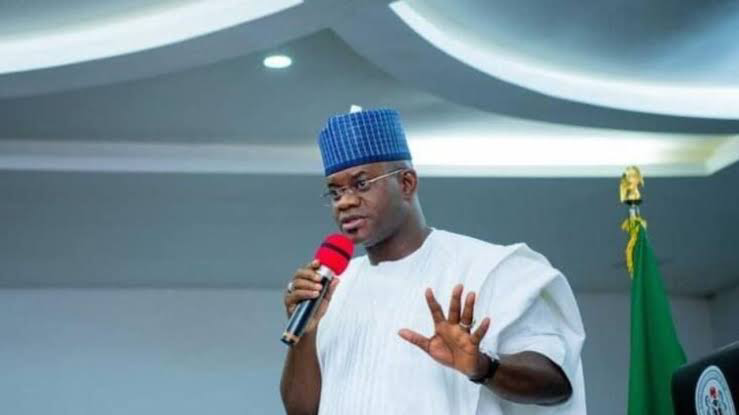 In the aftermath of the presidential primaries of the ruling All Progressives Congress (APC) the Kogi State Governor, Yahaya Bello, has ripped into the process which he deemed ‘highly compromised but peaceful.’

Bello, who was also an APC presidential aspirant, gathered 47 delegates’ votes despite Kogi State accounting for a total of 63 delegates.

The Governor’s displeasure was made known on Wednesday, via a statement issued by Yemi Kolapo, Director, Media and Publicity, Yahaya Bello Presidential Campaign Organisation.

Bola Tinubu, the APC National Leader, emerged victorious with a total of 1,271 delegates’ votes, and will represent the party in the 2023 elections.

In the statement titled, “Yahaya Bello Remains The Hero Of The Oppressed,” the Kogi State Governor decried how the democratic system in the country has been defined as “the government of the oppressors by the oppressors and for the oppressors.

“It is sad to note that those who should know and who many progressives had thought of as leaders with integrity are the ones working against the people they were (s)elected to represent for egocentric reasons.

“In this process, one leader stands out, according to the majority of Nigerians. And that leader is one that has proven to the downtrodden and those regarded as “Nigerians without surnames”, that regardless of agelong intimidation by the elite, the best of our people can stand tall without compromising the values that we should have been known for as a nation.”

Bello further revealed a gang-up against him by Northern Governors while picketing delegates “who have largely been pocketed by their paymasters and who defer to the highest bidder are made to choose flagbearers of a political party is as warped as the process itself.

“It is obvious that in a bid to prove that he is not one of them, enemies of this project, Nigeria, went beyond speaking with delegates and oiling their palms to ensure that votes that did not represent Yahaya Bello’s popularity were counted against his name. But they have unwittingly made him the hero of the moment.

“We do not have to talk much but to pray that God Himself would deliver Nigerians from the hands of enemies of democracy. Poverty is a tool they have used for long to keep Nigerians poor. At the right time, however, this jinx must break!