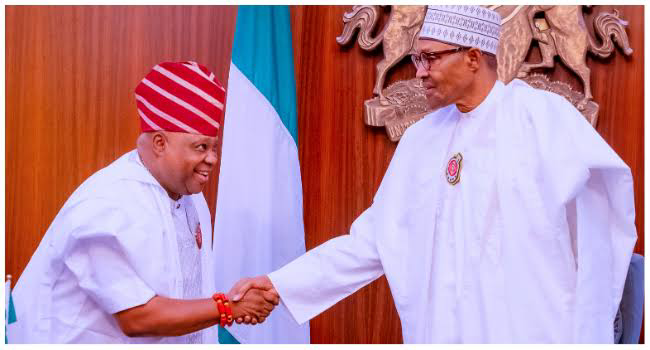 Governor Ademola Adeleke of Osun State has hailed President Muhammadu Buhari for signing the electoral Act, which he notes paved way for his victory as Governor as well as free and fair elections in his state.

He stated this at a media chat today after a private meeting with President Buhari at the state house.

Governor Adeleke elected under the ticket of the main opposition, Peoples Democratic Party (PDP) is visiting the state house for the first time since he was inaugurated in November last year. He told state house correspondents that he was at the Villa to say hello.

Underscoring the President’s good health, Governor Adeleke noted that Nigerians and the International community have equally applauded the conduct of the exercise.

It would be recalled that during the election in July, 2022, Governor Adeleke unseated the incumbent governor, Gboyega Oyetola of the ruling All Progressives Congress (APC).

Governor Adeleke noted the visit to the villa would also provide him the opportunity to discuss other issues of federal assistance with the Chief of Staff to the President, Prof. Ibrahim Gambari.