Giant white diamond ‘The Rock’, the Largest in Auction History, Could Fetch Up to $30 Million 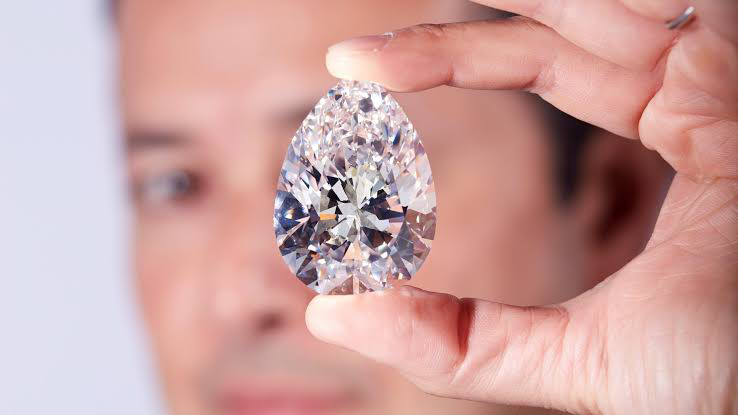 A giant diamond nicknamed “The Rock” went on display for the first time in Dubai on Friday ahead of an auction where it is expected to fetch up to $30 million.

The 228.31-carat pear-shaped gem, which was mined and polished in South Africa more than 20 years ago, is the largest white diamond ever to come to auction, said auction house Christie’s. 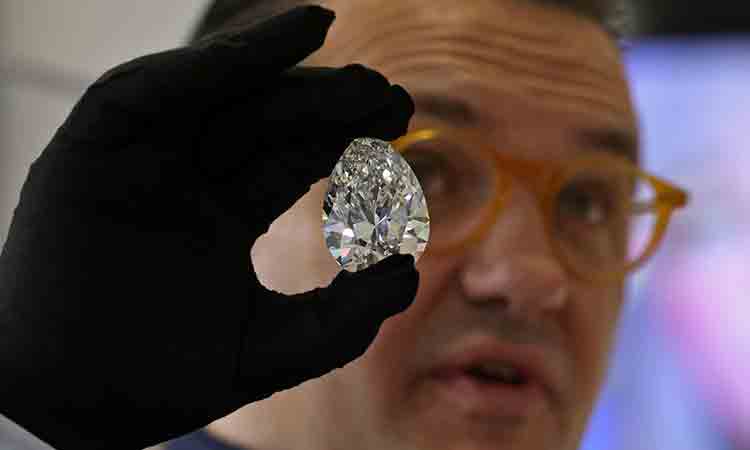 A Christie’s auction house staff displays for the media ‘The Rock,’ in Dubai. AFP

“The Middle East has always had such a great appreciation for important jewels and gemstones,” Rahul Kadakia, international head of jewellery at Christie’s, said.
“We thought it would be nice for us to launch the diamond in an area where there are so many great collectors for important gems of this nature.”

The diamond is the “largest existing D-Z colour pear-shaped diamond ever graded” by the Gemological Institute of America, Christie’s said in a statement, adding it is “G colour, VS1 clarity.”

The previous auction record for the largest colourless diamond was a 163.41 carat sparkler which sold in November 2017 for $33.7 million, Christie’s said.
Earlier this year, Sotheby’s in London sold “The Enigma” — the largest cut diamond ever to come to auction, at 555.55 carats — for $4.3 million.