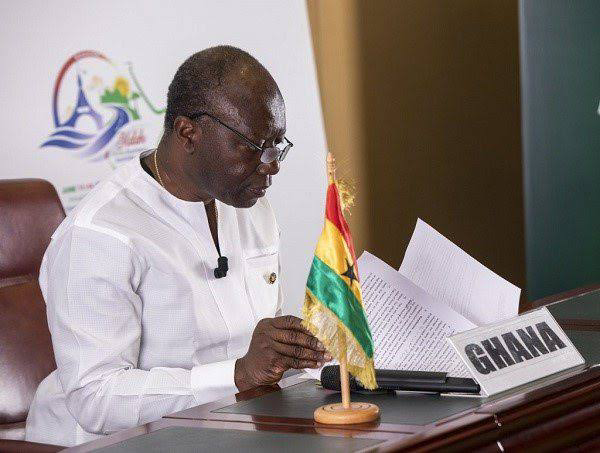 Ghana plans to reduce its debt-to-GDP ratio to 50% by 2028, Finance Minister Ken Ofori-Atta said on Monday, adding that interest payments were absorbing between 70% and 100% of government revenues.

Ghana is in talks with the International Monetary Fund for a support package to help relieve debt distress as the West African country faces it worst economic crisis in a generation.

The government aims to reach an IMF staff-level agreement within the “next few weeks”, the director of the treasury and debt management, Samuel Arkhurst, said at a press briefing on Monday during which Ofori-Atta outlined restructuring plans.

The minister warned the government may not be able to fully service Ghana’s untenable debt if action was not taken.

“The extent to which our interest charges consume some 70% and sometimes 100% of our revenue is something that is not sustainable,” he said.

On Sunday, Ofori-Atta said Ghana’s government had finished its debt sustainability analysis and would launch a domestic debt exchange on Monday to help restore macroeconomic stability.

Whether the government would issue any new bonds over that period was not made clear.

External debt restructuring plans would be announced in “due course”, Ofori-Atta said on Monday.

He assured individual domestic bond holders they would not be affected by ongoing debt restructuring plans and said that all treasury bill holders will be paid for investments in full.

Mutual funds and pension funds, however, through which most individual Ghanaians hold bonds, will be viewed as “collectives” rather than individuals under the plan, Arkhurst said later.

“The plan essentially dries up the secondary market for bonds and all but removes the ability of fund managers to sell bonds to meet redemptions,” said Jerome Kuseh, a financial analyst with Ghana-based CediTalk.

“This leaves them either selling treasury bills or needing to find a gap financing source to pay investors,” he added.

Ofori-Atta said restructuring will be accompanied by fiscal measures and details of a scheme to protect banks, pension and mutual funds will follow later.

The government plans to reduce the country’s debt-to-GDP ratio to 50% in present value terms by 2028.

“Our total public debt stock, including that of state-owned enterprises and all, exceeds 100% of our GDP,” Ofori-Atta said.

Arkhurst noted that a budget presented last month would need to be revised once the debt exchange programme was launched.

“Fiscal discipline will be extremely key” as talks with the IMF move forwards, he said.