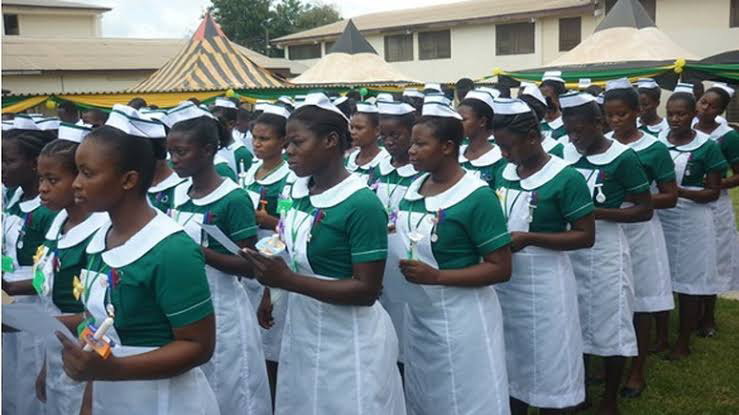 The Government of Ghana has announced a bilateral agreement with the British Government to send trained nurses to the United Kingdom (UK) in exchange for financial considerations.

Health Minister, Kwaku Agyemang Manu, revealed this on the Floor of Parliament on Monday during the 2023 Budget debate.

“We are engaging with the government of the United Kingdom, and we are just about to sign a memorandum of agreement after Cabinet approval to begin to send nurses for training and work there and come back home after three years,” he announced.

Mr Minister, who doubles as the Dormaa Central MP, explained the move will be similar to an already existing arrangement with Barbados.

“Mr Speaker, as you are aware, we have started sending our nurses outside on a bilateral basis and the agreement we signed with Barbados has sent the second cohort of nurses to Barbados.

“Mr Speaker, why would they come for both? Now, in Barbados, what we hear is the fact that patients are requesting Ghanaian nurses to be at their bedside and I think that is a plus for us,” the Minister said.

The proceeds from this agreement, he stated, will be used to support Ghana’s health system.

“Ghana is going to benefit from the little money that the UK government will pass on. For every single nurse that goes away, when we finish the agreement, it is likely we will get over 1,000 pounds to come and support the health system in Ghana,” he added.

Ghana and Barbados in 2019 signed an agreement for the recruitment of nurses from Ghana through which several trained nurses have travelled to the country to augment their staff capacity.