Ghana rescued by VAR in goalless draw against Nigeria 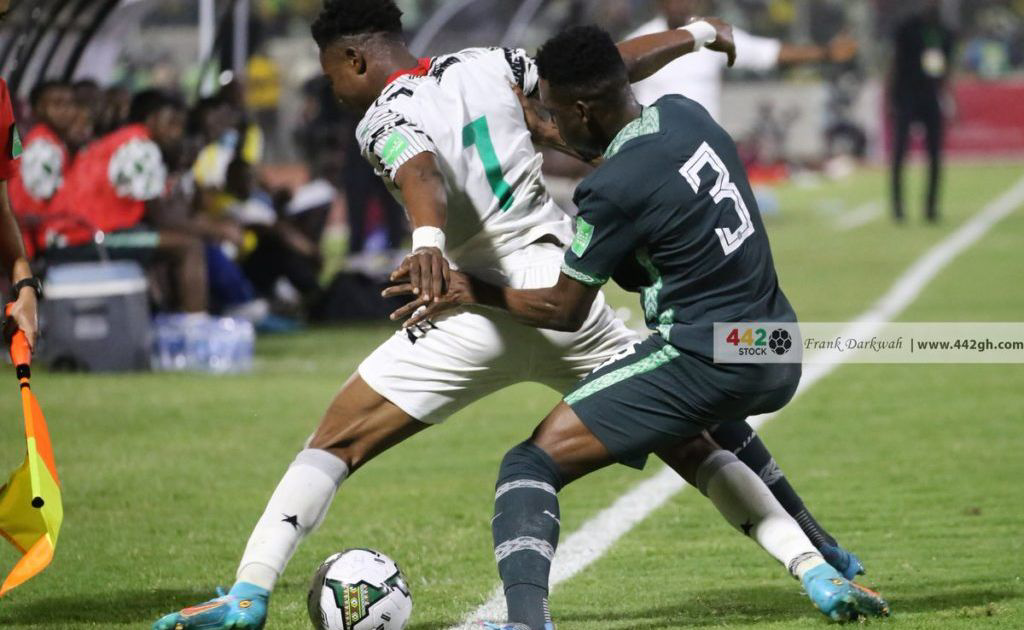 Nigeria drew 0-0 with Ghana in the first leg of the 2022 FIFA World Cup qualification play-off encounter in Kumasi on Friday night.

The Black Stars were the better side in the opening minutes of the clash against the Super Eagles at the 40,000–capacity Baba Yara Stadium.

An excellent challenge from Leon Balogun denied a Ghanaian forward from having a one-on-one chance on 15 minutes.

Porto defender Zaidu Sanusi also produced a dangerous cross from the left flank which evaded Victor Osimhen in the 21st minute of action.

The Otto Addo managed side almost got their noses in front of goal through the dangerous Abdul Fatawu Issahaku who forced goalkeeper Francis Uzoho to make an excellent save.

Hardworking Osimhen also had a shot on target, directing William Troost-Ekong’s cross towards goal, but his effort was weak.It was goalless at the break in Kumasi.

In the beginning of the second half, Moses Simon had a glorious opportunity to get Super Eagles an opener but his shot was saved after a lovely pass from Kelechi Iheanacho.

Coach Austin Eguavoen handed Ademola Lookman and Calvin Bassey their debut as the Super Eagles continued to search for the opener.

Fourteen minutes from time, the Super Eagles were awarded a penalty kick by the referee after Daniel Amartey handled the ball in the box.But after a review from VAR, the decision was reversed.

The return leg is scheduled to take place at the Moshood Abiola National Stadium on Tuesday.

The winner of the tie will earn one of the five tickets for Africa at the 2022 World Cup in Qatar.