Ghana Bans The Purchase Of Imported Vehicles, Especially SUVs, For Officials Till 2023 To Cut Spending 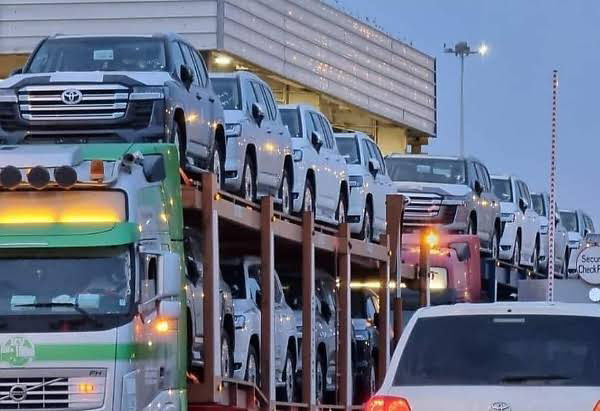 The Finance Minister, Ken Ofori-Atta, has announced the suspension of the purchase of imported vehicles by government officials for the rest of this year.

This directive takes immediate effect and will complement the ongoing 20 per cent expenditure cut aimed at stabilising Ghana’s fiscal resources and sustaining the country’s debt.

According to Mr Ofori-Atta, the ban on vehicle purchases by public officials “will affect all new orders, especially four-wheel drives.”

Addressing the country on new measures taken to reduce the persistent economic difficulties, the Minister highlighted that government will ensure that the purchase of imported vehicles by its appointees are slashed by 50 per cent.

He added that “with immediate effect, government has imposed a moratorium on all foreign travels, except pre-approved statutory travels.”

These measures, among other reasons, are expected to help the country meet the 7.4 deficit target set for this year.

Meanwhile, the government has approved a 30% salary reduction for all Cabinet Ministers and heads of State-Owned Enterprises, effective April, 2022 till the year ends.

According to Mr. Ofori-Atta, revenue generated from these contributions would be deposited into the Consolidated Fund.

“Cabinet approved that Ministers and the Heads of SOEs contribute 30 per cent of their salaries from April to December, 2022 to the Consolidated Fund. We would like to thank the Council of State for their leadership in complimenting the government effort on this policy.

“These times call for very efficient use of energy resources. In line with this, there will be a 50% cut in fuel coupon allocations for all political appointees and heads of government institutions, including SOEs, effective February 1, 2022.

“Again with immediate effect, government has imposed a moratorium on all foreign travels except pre-approved critical statutory travels. Reduce expenditure on all meetings and conferences by 50%, effective immediately,” he announced.

Many Ghanaians have lamented how the rising fuel prices, hikes in transport and food prices, and the depreciating cedi have compounded their cost of living.

But the Finance Minister has assured that government will ensure effective implementation of the expenditure measures announced to ensure an enhanced economy.