Ganduje rejects resignation of Chief of Staff, 3 other Commissioners 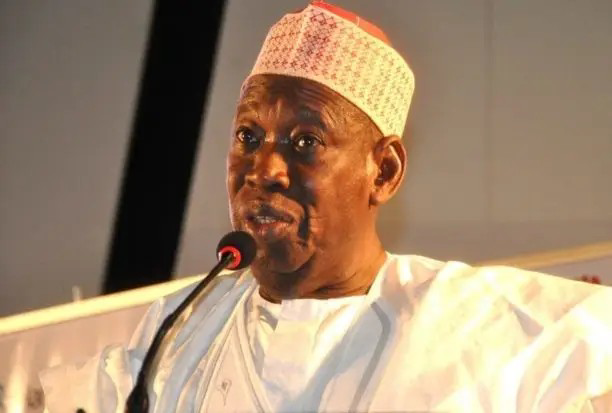 Governor Abdullahi Umar Ganduje of Kano State has on Tuesday rejected the resignation of his Chief of Staff, Ali Makoda and three other Commissioners who resigned their appointments to pursue their political careers.

Ganduje rejected their resignations in a statement issued to newsmen in the state by his Chief Press Secretary, Abba Anwar.

The Governor further accepted the resignation tendered by seven other commissioners just as he ordered the Permanent Secretaries of the affected ministries to immediately take charge.

“The Governor thanked them for their tremendous contributions towards the development of the state and wishes them well in all future endeavours. In this respect, the Permanent Secretaries of the affected ministries should take charge immediately.

“However, the Chief of Staff and all other Commissioners are directed to continue carrying out their duties in their respective ministries,” the statement however reads.

Recall that the Commissioners had resigned their political appointments following a 24-hours by Governor Ganduje to comply with section 84 (12) of the newly amended Electoral Act.