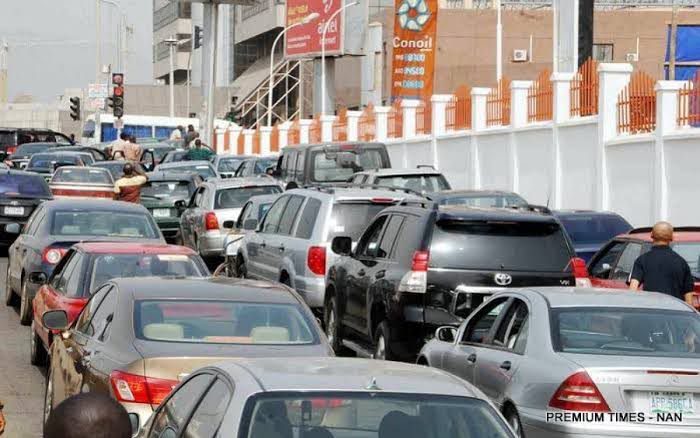 The Independent Petroleum Marketers Association of Nigeria has called on Nigerians to exercise patience as effort is being made to address the current fuel scarcity occasioned by the flooding which led to the destruction of some major roads in some parts of northern states.

The IPMAN Chairman, Northern Nigeria branch, Alhaji Bashir Danmalam, made the call in a statement issued to newsmen on Sunday in Kano.

Danmalam disclosed that about 200 trucks loaded with the commodity from Calabar, Cross River State, were being expected in Abuja and other parts of the northern states for onward distribution to filling stations.

The IPMAN Chairman said the trucks were expected to come through Ikom, Ogoja, Katsina Ala, Vandeikia up to Lafiya to Abuja.

The Nigerian National Petroleum Company Ltd, on Thursday, had said there was no need for panic buying as efforts were being made to address the challenges of scarcity of fuel created due to the flooding in parts of Kogi and Niger states which prevented the passage of petroleum trucks for distribution of products to Abuja and some northern states.

The company, in a statement on Thursday by the Group General Manager, Group Public Affairs Division, NNPC Ltd, Garba Muhammad, said the current queue situation in some parts of Abuja and its environs was as a result of delays in arrival of fuel trucks.

Danmalam commended the Managing Director of Petroleum Pipelines and Product Marketing Company, Alhaji Isyaku Abdullahi, for pledging to support marketers with diesel in order to reduce the hardship being experienced as a result of the high cost of the product.

He said the NNPC Limited in collaboration with IPMAN were making frantic efforts to ensure adequate supply and distribution of the product adding that very soon the scarcity will be over as there was enough fuel in stock.

He said following the flooding, most of the major roads being used by the marketers had gone bad as most truck drivers spent between eight and nine days especially on Koton Karfe road before reaching their destinations.

He explained that the NNPC had also mobilised the Federal Road Safety Corps personnel to assist in clearing the affected roads for smooth transportation of the commodity to the northern parts of the country.

In addition, he said the NNPC had directed the CCC Chinese company working on the affected roads to relocate to the damaged portions of the roads to hasten work and ensure smooth vehicular movements.

‘’The NNPC has also mobilised Dantata & Sawoe to start work on damaged portions of the affected roads to enable the trucks to transport the product within the shortest time possible,’’ Danmalam said.