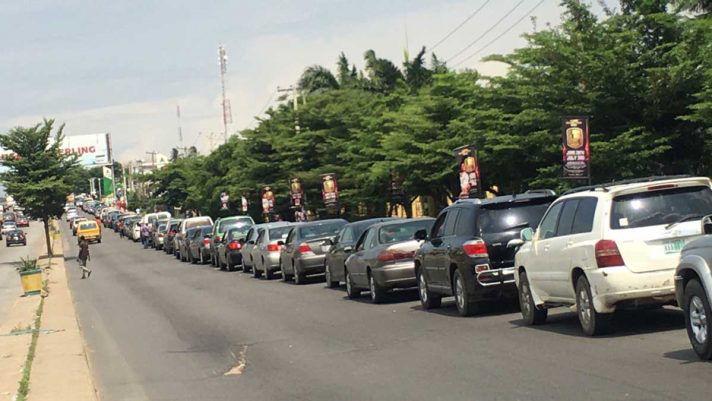 The Nigerian Midstream and Downstream Petroleum Regulatory Authority (NMDPRA) has said the queues for fuel in Abuja and other surroundings was caused by the flood in Lokoja, Kogi State.

NMDPRA in a statement said it is working with relevant stakeholders and government agencies to ensure that fuel is available across the country.

“The authority wishes to state that the fuel queues are caused by unprecedented flooding in Lokoja, Kogi State, which has submerged a greater part of the city and grounded all vehicular movements,” NMDPRA said.

“This unfortunately has affected the distribution of petroleum products to the Federal Capital Territory, Abuja, and environs.”

The regulatory body added that the movement of petrol products is ongoing via alternative routes as part of measures to mitigate the situation.

NMDPRA advised Nigerians to avoid panic-buying and assured them that there are still sufficient petroleum products inland.

It also urged petroleum marketers to desist from hoarding the product so as not to inflict hardship on Nigerians.

“The Authority wishes to reiterate its commitment to Nigerians to ensure seamless supply and distribution of Petroleum Products nationwide,” NMDPRA said.

There has been floods in Lokoja road which has displaced residents and washed away farmlands since late September.

Executive Director of Initiative for Grassroots Advancement in Nigeria (INGRA) INGRA, Hamza Aliyu, said any areas in the state capital have been submerged in water for two weeks due to the fact that “the rivers of the confluence have overshot its banks and there are reports of massive loss of properties and persons.”

“This is due to the fact that the water level may take another two or more days to subside,” FRSC said.