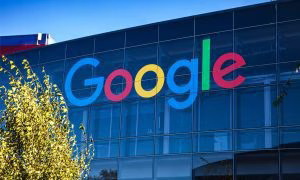 A French court has fined Google $2.2 million (€2 million) for what the country’s government has described as “abusive” dealings with developers on its app store.

As Bloomberg reported Tuesday (March 29), the Paris Commercial Court has also ruled Google must also update seven clauses from its contracts that included a 30% commission on revenues generated by developers on Google’s Play store.

The case stems from 2018, when Google and Apple made price and contract changes on developers selling software in their stores and the French Ministry of Finance decided to take action against the tech giants.

“I will therefore be taking Google and Apple to the Paris commercial court for abusive trade practices,” French Finance Minister Bruno Le Maire said then. “As powerful as they are, Google and Apple should not be able to treat our startups and our developers the way they currently do.”

A spokesperson for Google told Bloomberg the company was disappointed in the ruling, but said it was too early to determine whether Google will appeal.

“We are always looking to provide more support for developers and help them build sustainable businesses, including recently decreasing our service fees to 15% or less for 99% of developers,” the spokesperson said.

The case against Apple is still pending, although the iPhone maker has been dealing with its own headaches in Europe over its handling of its app store.

As PYMNTS reported Monday (March 28), the Netherlands Authority for Consumers and Markets (ACM) has fined Apple €50 million ($55 million) over its failure to comply with an order to let Netherlands-based dating app providers use non-Apple payment methods.

The regulator’s fines, spread across 10 weekly segments, have now reached their maximum under the current order.

The latest fine came one day after Apple submitted a new proposal saying it would comply with the order, but that came in too late to be considered ahead of the latest ACM fine.