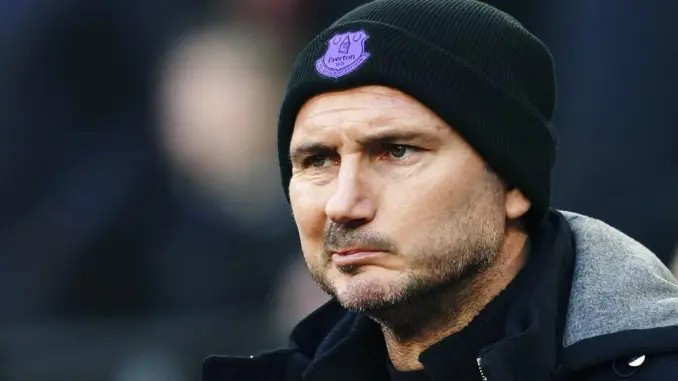 The Toffees sacked the former England player, who arrived at Goodison Park in January 2022 to replace Rafa Benitez, after a poor first part of the season.

The former Chelsea man saved the Liverpool side from relegation last season but has floundered this season.

Everton are second-bottom and two points adrift of safety after eight games without a win. They have not won since October 22 (3-0 at Crystal Palace) and have lost consecutively in the last three matches at home to Brighton (1-4) and Southampton (1-2) and away in the last game against West Ham (2-0).

The 1-1 draw at the Etihad against Manchester City appears to have been an anomaly.

Everton‘s 15 points from 20 games is the worst league record, at this stage, in the century-long history of the team that has spent the most seasons (119) in England’s top flight.

Last season they came close to disaster and this season they will have to avoid it without Lampard after winning only 27.3% of their matches in his era. Nobody has won fewer games and only Wolves have scored less goals than Everton this season.

The departure of Roberto Martinez, who took over from David Moyes (2002-13) and came close to the Champions League places in his three seasons at Goodison Park (2013-16), ended the stability of a club full of ups and downs since Farhad Moshiri bought it in 2016.

Since the arrival of the British-Iranian businessman, they have spent 702 million euro on transfers without great success.

Moreover, their best players (Richarlison, Romelu Lukaku, John Stones, Lucas Digne etc) have been sold for 412m euros in this period. They invested 78m euros for this season and it has clearly not worked.