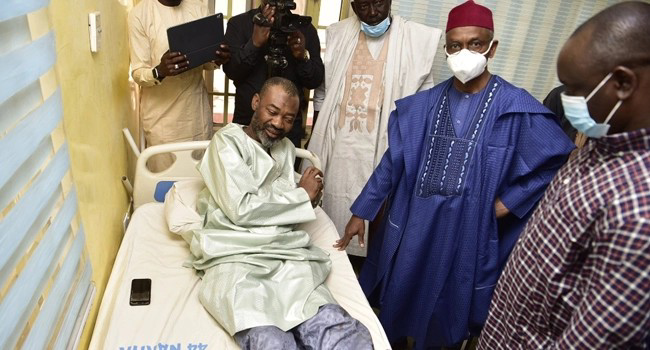 A former Deputy Governor of Zamfara State Alhaji Ibrahim Wakkala, is currently recuperating from a gunshot injury he sustained during the attack on a Kaduna-bound train on Monday.

This was confirmed by the state publicity secretary of the All Progressives Congress (APC) in Zamfara State, Mallam Yusuf Idris Gusau.

According to him, the former Deputy Governor was initially abducted by the terrorists during the attack but was rescued by the combined forces of the Department of State Services (DSS) and military operatives during a gun battle with the terrorists.

“He was initially abducted but was rescued by joined efforts of the military and DSS operatives and during the process, he sustained various degrees of injuries in the leg as a result of the gun battle,” he added.

The former media aide to the ex-deputy governor, Yusuf Idri said Wakkala was shot in the leg and is currently receiving treatment in a medical facility in Kaduna.

“He is responding to treatment very well. He is answering phone calls in his bed. I spoke to him and several other people spoke to him also. There is no cause for alarm,” Yusuf said.