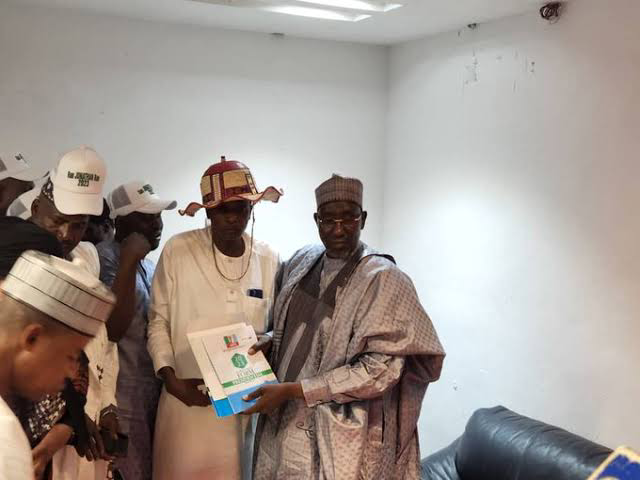 Former President Goodluck Jonathan has picked the expression of interest and nomination forms to contest the 2023 presidential election on the platform of the All Progressives Congress. (APC).

A coalition of Northern groups on Monday arrived at the International Conference Centre in Abuja to purchase the All Progressives Congress’ presidential nomination and expression of interest forms for the former President.

Sporting head gears  with the inscription ‘run Jonathan run’, members of the coalition said Jonathan is the most qualified to succeed President Muhammadu Buhari.

Although Jonathan isn’t a member of the APC, speculations have intensified in recent weeks that he is set to switch from the Peoples Democratic Party to contest for President in 2023.