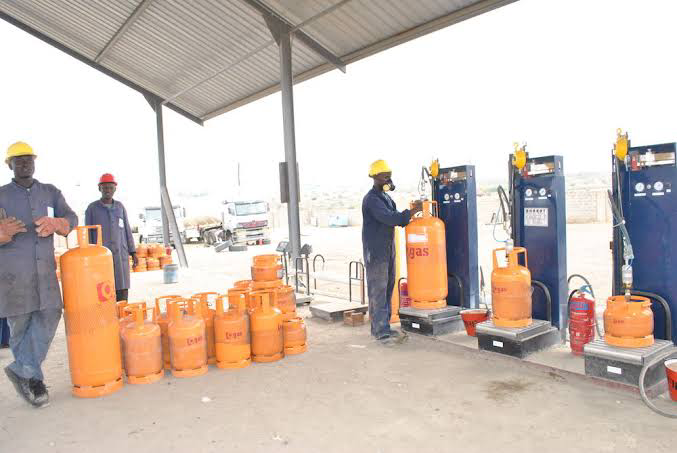 The Nigeria Liquefied and Natural Gas (NLNG) Company has allayed fears of cooking gas scarcity and price hike following its declaration of force majeure due to the flooding ravaging the country which has disrupted supply.

The General Manager, External Relations and Sustainable Development at the NLNG, Andy Odeh, made this known on Channels Television’s Sunrise Daily programme on Monday.

“We don’t determine the price of gas as a company. However, I know the fears and concerns out there but I think it is important to reiterate that we are producing LPG (Liquefied Petroleum Gas) which is the cooking gas into the domestic market.

“Only last week, the only dedicated LPG vessel left the Bonny facility to deliver into Lagos. Will this affect the price of cooking gas? No it shouldn’t. I think to an extent the National Association of LPG Marketers has also gone out to assure the public that there is no need to panic buy, there is no need to stock or store cylinders in our homes because of fear or concern that there will be scarcity,” Odey said.

Force majeure, a common clause in contracts, essentially frees both parties from liability or obligation when a circumstance beyond the control of the parties like war, crime, epidemic or sudden legal changes prevents one or both parties from fulfilling their obligations under the contract.

The notice by the NLNG last week had caused panic among the consumers of Liquefied Petroleum Gas also known as cooking gas who feared there could be scarcity of the vital commodity.

On when things are expected to return to normal, the NLNG boss acknowledged that weather is unpredictable but assured Nigerians that things will get better in the next few weeks.

“As you know this is all about flooding, I will say it is difficult to predict the weather.

“When water recedes and this we expect will happen by the upstream suppliers but again I think at this point safety of people who work on those sites and of course safety of assets in those facilities are paramount.

“In the coming weeks we will continue to monitor the situation. In terms of timeline, we are looking at next few weeks, confirmation is that as we speak the water is no more rising, so in the next two to three weeks we expect it to recede”, he assured

PREVIOUS POST US, UK Warn Of Possible Terror Attack In Abuja, DSS Calls For Calm
NEXT POST ‘Not The Right Time’: Boris Johnson Drops Out Of UK PM Race