Flooding: FG says it is working with development partners to avert food crisis 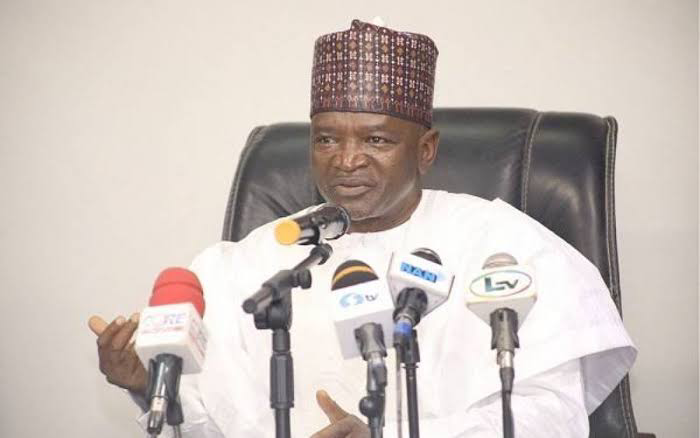 The federal government on Wednesday disclosed that arrangements have been put in place to forestall food shortage in the wake of losses recorded in the farms as a result of recent flood disaster that ravaged the country.

Agriculture and Rural Development Minister, Mohammed Abubakar, made this known while speaking with newsmen at the end of the weekly Federal Executive Council (FEC) meeting, which was presided over by Vice-President Yemi Osinbajo at the State House, Abuja.

The minister also talked about FEC’s approval of a memorandum presented by his ministry for the Revised Comprehensive Emergency Preparedness and Response Plan for the Highly Pathogenic Avian Influenza in Nigeria (the Animal Component).

Abubakar listed multiple dry season farming and other measures as part of government’s plans to mitigate the losses to the floods.

Asked if the federal government had any plan to forestall food shortage, as had been projected by various sources, following the devastating flooding, Abubakar said besides re-strategised planting patterns, funding has been secured to aid the plans.

His words: “What are we doing to avert food shortage? Number one, first and foremost, we have in place an intensive plan for dry season farming. We have gotten funding from the African Development Bank, we have some money also in our own provision. Also, IFAD, that is the International Fund for Agricultural Development also just donated or grant, if you will, $5 million.

So, we have some money that we are already planning to do dry season farming. Also, in areas of conflict, we are recruiting additional rangers. I told you in another forum that we have agro rangers that provide some measure of security on farm lands. We are recruiting more to do that.

“Also, we are intensifying farming in areas that have no conflict to make up for those areas that we are getting little or no access. So the thing is the government. Mr. President has specifically directed that we do everything humanly possible to make sure there is no food shortage in the country and I can tell you, there will not be any food shortage.

Between the Federal Ministry of Agriculture and Rural Development, the Central Bank and other private investors in agriculture, there’s enough grains in our own silos. In CBN and silos that will cater for any eventualities and currently, the Humanitarian Ministry is picking up some grains from us to distribute to the needy. So I can assure you, by the grace of God, there will be no food shortage.”

On what the preliminary outlook of the damage to farming by the floods looked like, he said: “Definitely, it’s telling us that yes, we have lost some farmlands. For example, I can give you one. The Olam, which is a private organization, has a rice mill that has been totally submerged, about 4,000 hectares.

So there are farmlands that are definitely damaged. But what are we going to do, like I said, it’s to use dry season farming to compensate for this loss. In fact, we are planning to even produce twice during this dry season farming for some of the crops.”

Speaking on the approved memorandum, the minister said: “Today the Federal Ministry of Agriculture and Rural Development presented a memo on the Revised Comprehensive Emergency Preparedness and Response Plan for the Highly Pathogenic Avian Influenza in Nigeria, (the Animal Component).

PREVIOUS POST Dangote Refinery to account for over half of Africa’s medium-term refining additions – OPEC
NEXT POST Come up with strategy to stop naira depreciation, Edwin Clark advises CBN