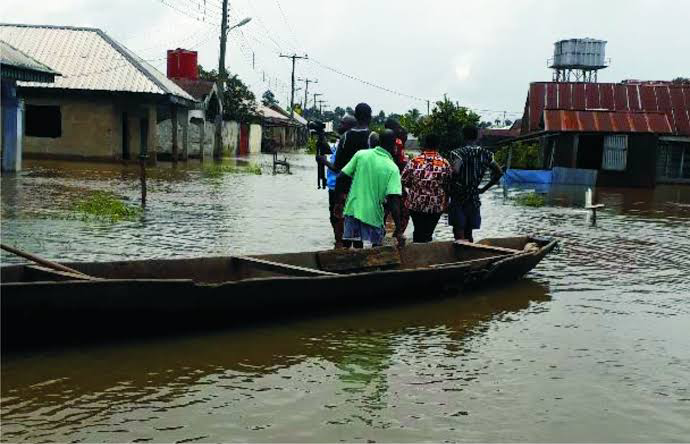 The Bayelsa State Government has reacted to the claim by the Minister of Humanitarian Affairs, Disaster Management and Social Development, Sadiya Farouq, that “Bayelsa is not among 10 worst-hit states” by this year’s flood disaster.

The state government described the Federal Government’s gesture to the state as unfair since the flooding.

It described the comment of the minister as “disheartening but not surprising” in a statement on Thursday night, titled, “Flood: FG Abandons Its Responsibility In Bayelsa”, signed by the Commissioner for Information, Orientation and Strategy, Mr Ayibaina Duba.

The government said from all indications, the minister was becoming part of the disaster she was appointed to handle as she sat in Abuja without visiting the state and relied on false data to draw her conclusions.

It said, “The minister’s claim is disheartening but not surprising. The slow response to the humanitarian crisis arising from the flood despite the President’s directive for her to come to the aid of the state is indeed a confirmation of our belief that the Federal Ministry and its agencies have abandoned their responsibility and are not interested in managing the disaster.

“Indeed, the Minister is already turning into part of the disaster she was appointed to manage. She had earlier claimed that only four Local Government Areas of the state were impacted by the unprecedented flood.

“She was obviously relying on a bogus data in contradiction of the clear reality that every local government in the state is impacted by the flood in varying degrees.

The way the minister has treated our state is so unfortunate that our people are beginning to doubt that we are part of Nigeria. She sat comfortably in Abuja to determine the most flooded!!!

“Is it not curious that since the devastation occasioned by the flood occurred a month ago, no representative of the Federal Government has visited our state to assess the situation? The Federal Government has not shown the minutest of empathy since this monumental devastation hit our state. And we are asking, is Bayelsa State still part of Nigeria? Are we only important when it is time to exploit the resources in our land?”

The statement continued, “If the humanitarian minister is sincere, let her tell Nigerians the relief materials brought to the state and who received them. The minister and indeed the Federal Government are not fair to our people who have undergone trauma of losing loved ones, homes and livelihood.

“In fact, the minister’s bogus data with which she came to the conclusion that Bayelsa was not even one of the ten most impacted contradict basic science, common sense, concern and kindness.

“How can a state up-North, Jigawa, be worst impacted when indeed Bayelsa State has the unfortunate responsibility of receiving the flood water that ran through more than 15 states?

“The data used by the Federal ministry to arrive at the conclusion is suspicious and erroneous. How was it arrived at? By sitting in an office and conjuring figures? By the reality on ground, over 300 communities were impacted by the flood and almost a million people were displaced from their homes, many of them losing their livelihood in Bayelsa State. And no other state in the Federation is so impacted.

“If the minister is desirous of doing a good job, she should leave her cozy office in Abuja and come to Bayelsa State to ascertain the truth, even as the flood began to recede.”