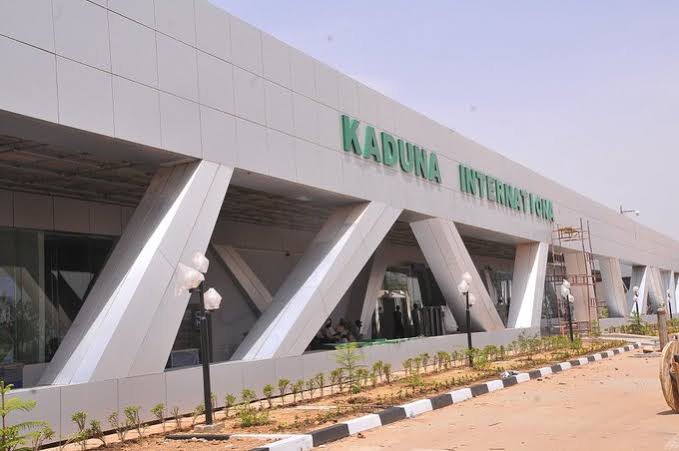 Commercial flights resumed on Monday at the Kaduna International Airport two months after it was attacked by bandits.

The bandits had on March 26 launched an attempted invasion of the facility, killing a private security guard attached to the Nigerian Airspace management Agency near the outer perimeter fence.

They were however repelled by security forces attached to the airport.

It appears efforts have been made to allay fears of airline operators as the first commercial flight since the incident landed at the airport at exactly 8am on Monday morning.

Passengers expressed delight over the resumption of services.

“The security is very okay and everything is smooth”, a passenger, Wale Busari, told Channels Television. “We are happy, there is no problem.”

He urged the government to “continue to beef up the security.”

Abubakar Mustapha, another passenger, said noticing about three patrol teams at the airport was “reassuring.”

The Kaduna airport manager, Amina Salami, said she was “very happy” about the reopening.

She added that management was “satisfied for now” about the security measures in place at the airport.

PREVIOUS POST Court Orders CBN, NDIC To Pay Bank Workers N5.7bn
NEXT POST I have a mandate to do things differently, Banky W says as he wins PDP House of Reps primaries