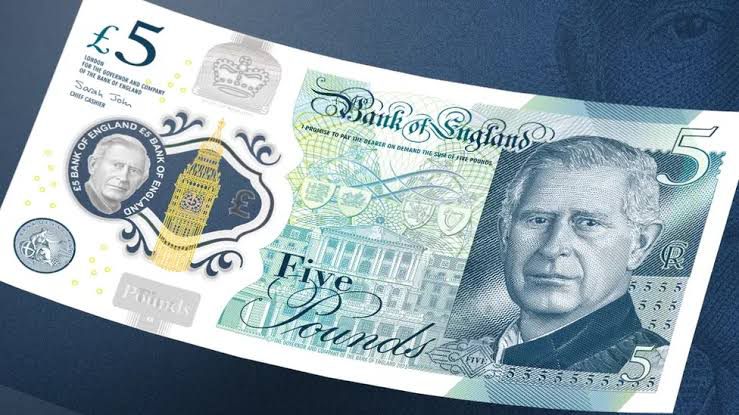 The Bank of England released images of the first bank notes to feature the portrait of King Charles III Tuesday. The new notes will enter circulation from the middle of 2024.

The new £5, £10, £20 and £50 polymer notes include a portrait of the king in the notes’ see-through security panel. They are otherwise unchanged from the designs currently in circulation.

This is a significant moment, as the King is only the second monarch to feature on our banknotes,” Bank of England Governor Andrew Bailey said in a statement.

The tradition of having monarchs on banknotes only started in 1960. Coins have long showcased images of the sovereign.

The reverse side of the notes will remain unchanged — the current designs feature portraits of Winston Churchill, Jane Austen, JMW Turner and Alan Turing on the reverse of the £5, £10, £20 and £50 notes, respectively.

“To minimize the environmental and financial impact of this change, new notes will only be printed to replace worn banknotes and to meet any overall increase in demand for banknotes,” the Bank of England added.

Earlier this month, the first coins bearing the official effigy of King Charles III entered circulation. The 4.9 million 50 pence coins feature the King’s portrait, and on the reverse, a design symbolizing the “life and legacy” of the late Queen, according to the Royal Mint