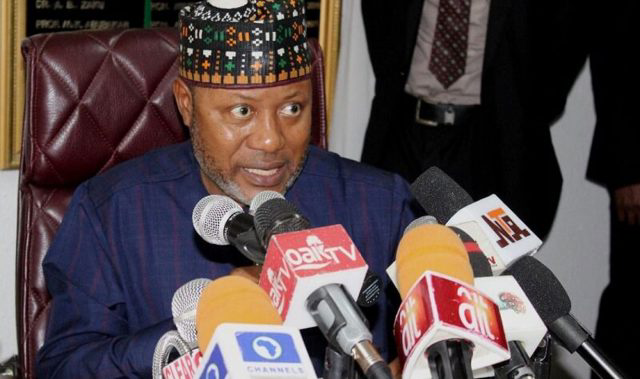 The Federal Government, in collaboration with World Bank, has launched the Agro-Climatic Resilience in Semi-Arid Landscapes (ACReSAL) Project, to address environmental challenges in Nigeria’s North.

Alhaji Mohammed Abdullahi, Minister of Environment, at the Pre-launch Mission of the World Bank on Sunday in Abuja, said that the project would last for five to six years.

He said that with the collaboration of the Ministry of Agriculture and Rural Development, Ministry of Water Resources and also the World Bank support, the objective of the project must be achieved.

According to him, the project is very important, as it will also address water stress system and restore the loss lands, thereby, making the lands reproductive for agriculture.

“The project will as well tackle environmental challenges such as climate change, erosion system, biodiversity, among others.

“We thank the world bank for initiating this project, and I am assuring you that from the Ministry of Environment, we will do all the best we can to implement the project.

“We will ensure that the political will to drive this project, in accordance with the mandates and its objectives, are achieved.

“We are going to make sure that various governors at the state levels deliver on the objectives of the project.

“I have instructed the national project coordinator to ensure that all the documentations that are needed by the world bank to declare the effectiveness of the project, reach the world bank latest by April 15.”

The minister said that the ministry had also established a project tracker system in the office, adding that the system would enhance the achievement of the project

He, however, urged all the governors, commissioners and other relevant stakeholders, to support in the implementation of the project through strong cooperation and commitment.

Chief Sharon Ikeazor, Minister of State, Ministry of Environment said that collective action in the implementation of the project, would bring positive result.

Ikeazor said if the project was implemented effectively, about 70 per cent of environmental issues would be solved in the states.

“We are ready to implement the project, with the two ministers we are working with, I think it will enhance execution of the project.

“This project is a big one and it is a project that Nigeria is privileged to have, I want to thank the world bank team and the three ministries, for their strong support and commitment to the implementation of the project,” she said.

The World Bank Country Director to Nigeria, Mr Shubham Chaudhuri, said that the bank would continue to support Nigeria to ensure that the objective of the project was achieved.

“The world bank team remained committed in this project, but I want to appeal to governments at all levels to ensure that the team and other people in the field are protected.

“The government should ensure that all kinds of insecurity is tackled in the areas to enable people concentrate and do the job effectively.

Gov. Abdullahi Sule of Nasarawa State, who spoke on behalf of other governors said that the project would benefit all the people in the states.

“We as governors, will ensure that we support the world bank team and the Federal Government in ensuring that insecurity is tackled efficiently in the states,” Sule said.

Also speaking, Dr Mamood Abubakar, Minister of Agriculture and Rural Development, explained that the project was initiated by the world bank when he was the minister of the environment.

“I have great passion about this project because I know that it will change lives of many people and the various communities in the states for good.

“This project will improve livelihoods of the people; therefore it requires careful planning, good management and commitment from everyone,” Abubakar said.

Dr Suleman Adamu, Minister of Water Resources, urged all the states, local governments, and other beneficiaries of the project to claim ownership of the project for sustainability.

“The state governors and the people of all the states should ensure that the efforts of the world bank and the Federal Government will not be a waste.

“There is a need to secure the project and ensure that its benefits are realised,” Adamu said.