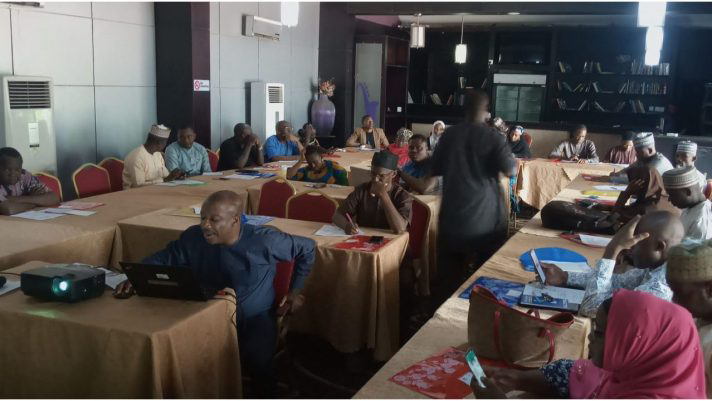 The United Nations Children Fund (UNICEF) and the Federal Government of Nigeria are to collaborate on digitalising birth registration in the country.

Ms Emelia Allan, a child protection manager with the UNICEF Kano field office disclosed this at a two-day capacity-building workshop organised for journalists from Katsina, Kano and Jigawa in Kano.

The News Agency of Nigeria {NAN) reports that the capacity-building workshop was organised by Kano State’s own Abubakar Rimi Television (ARTV).

She said that birth registration is important in any country because the data is used for planning, adding that without effective registration, the planning will fail.

”Arrangement on the planned exercise has gone far, with Kano State as the pilot state, saying that the success of Kano will determine how the exercise will go about nationwide.

“We are doing our best on child rights protection, with government agreed on five key areas, including law and policies in line with international standards.

“The government wants to digitise the system, and Kano is piloting it in all the 44 local government areas in the state, so we are working towards that,” she said.

Allan said once the birth registration is increased in Kano, it is like they increased it nationwide, adding that they are starting the exercise in October.

The child’s rights protection expert added that digital registration of the children will go directly to the system and a digital certificate will be printed, not like that of the manual system.

According to him, reporting more on such issues will call the attention of the government, especially the politicians to implement more policies to ensure their welfare.

He said that malnutrition and underage marriage are still rampant and many school-age children, especially girls still do not have access to education.

”2023 is approaching, politicians and candidates campaigning to hold various positions, the media should get them to make a commitment on how they intend to tackle some of these issues if they get to the office.

“The world should know the situation of children in Nigeria to the extent that if you marry off an under-age girl, she may never get the opportunity to go to school,” he said.

In her welcome address, the Director-General of ARTV, Hajiya Sa’a Ibrahim commended UNICEF for creating avenues for journalists to build their capacity in the way they can deliver the best.

Ibrahim was represented by a director in the station, Alhaji Yusha’u Hamza.