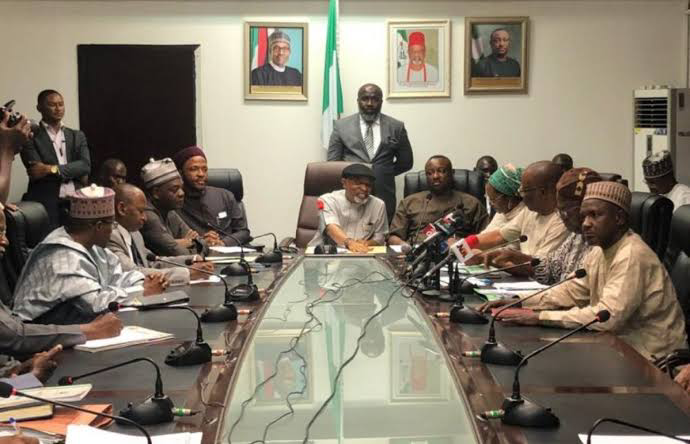 The Federal Government has finally scheduled a meeting with the Academic Staff Union of Universities (ASUU) for Monday (today) April 11.

The meeting, which is scheduled to commence by 5 pm at the Ministry of Labour and Employment, is coming 56 days after ASUU commenced its strike.

The Director of Press and Public Relations, Federal Ministry of Labour and Employment, Patience Onuobia, announced the meeting in a notice to journalists.

“The Minister for Labour and Employment, Dr. Chris Ngige, will be meeting with the Academic Staff Union of Universities today by 5 pm,” the notice said.

ASUU President, Emmanuel Osodeke said in an interview that the strike might be extended by 4 months if the government fails to meet the union’s demands

Osodeke said the Federal Government had made no attempt to meet with them to negotiate and end the ongoing strike.

“There has been no meeting to resolve the issue between ASUU and the FG. They’ve not reached out, we are still waiting for them.

“The government is not really interested in education. If they were interested, they wouldn’t allow the strike to last more than 1 week but this is the 7th week and they’ve not made any comment,” he said.

ASUU had commenced the warning strike on February 14, 2022, to intensify its demands which include the renegotiation of its 2009 agreement with the government and the deployment of the University Transparency and Accountability Solution (UTAS) to replace the Federal Government’s Integrated Personnel Payroll Information System (IPPIS).

Other demands include payment of earned academic allowances, funds for the revitalization of public universities, promotion arrears, and poor funding of state universities.

ASUU had also demanded the release of the reports of the government’s visitation panels to federal universities and regular payment of salary to lecturers.

PREVIOUS POST 2023: I have no son grown enough to challenge me, says Tinubu
NEXT POST Alleged N400m fraud: EFCC to re-arraign Olisa Metuh May 30