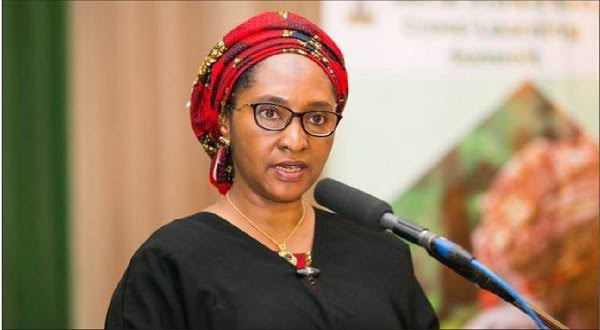 The Minister of Finance, Budget and National Planning, Mrs Zainab Ahmed says the Federal Government is working on strategic plans to address inflation and ensure decongestion of ports in the country.

Ahmed said this when she fielded questions from lawmakers at the presentation of the 2022 budget performance before the House of Representatives Committee on Finance on Wednesday in Abuja.

The minister said that inflation which has risen to 23 per cent, was worrisome, saying that the inflation in Nigeria has a number of components.

Ahmed said that one of the components was imported inflation, which means that occurrences in developed countries also affected Nigeria.

According to her, the Russia-Ukraine war has an impact on Nigeria in the instance that some of the inputs for our food production are affected.

Ahmed also said that the decision of the U.S Central Banks and Europe Central Bank also effected Nigeria because the country depended on imported goods from the countries.

The minister attributed the rise in food price to the high cost of diesel in the country saying that transporting farm produce to market also affected the final price of food in the market.

“From the monetary side, what the CBN is doing to manage inflation is monetary tightening by mopping up liquidity.

“On the side of the government, President Muhammadu Buhari has authorised the National Food Security Council, we held a meeting yesterday evening on how some support will be provided.

“One of the means is releasing stocks from the strategic reserves; we are also looking at how to support inputs like fertilizer production as well as inputs such as feeds

“The committee will be meeting in the next couple of days to provide recommendations to the President that will be announced for implementation,’’ she said.

Responding to a question on why Nigerian businesses were using Ghanaian ports for their imports ,the minister said that local ports were congested.
“The unfortunate reality is that a lot of importers prefer to go to our neighbours to clear their goods as a result of that,” she said.

Ahmed said that the Ministry of Finance had bought very large scanners that have been put in place in three locations to help fasten the clearing process and contribute in decongesting the ports.

The minister also said that the Ports Authority was also trying to reorganise the ports to attain better efficiency by controlling entry and exit.

According to her, the rail line from Lagos to Abuja is also being extended to Apapa so that containers, even before inspection can be taken out of the Apapa ports to other locations for inspection to be done.

“We believe that the combination of these efforts will improve the efficiency of our ports and result in Nigeria being able to attract its own business and businesses of our neighbours into Nigeria,’’ she said.

On the 2022 budget performance, Ahmed said that the budget envisaged that 1.6 million barrels of crude oil would be produced per day but only 1.26 million was produced, blaming the shortfall on oil theft.

She said that the price of a barrel of crude oil was fixed at 73 dollars but was sold at 110 dollars saying Nigeria did not benefit much from the hike as a result of crude theft.

Ahmed said that the exchange rate was fixed at N410 to dollar but it went for N424 to the dollar in the cause of the year.