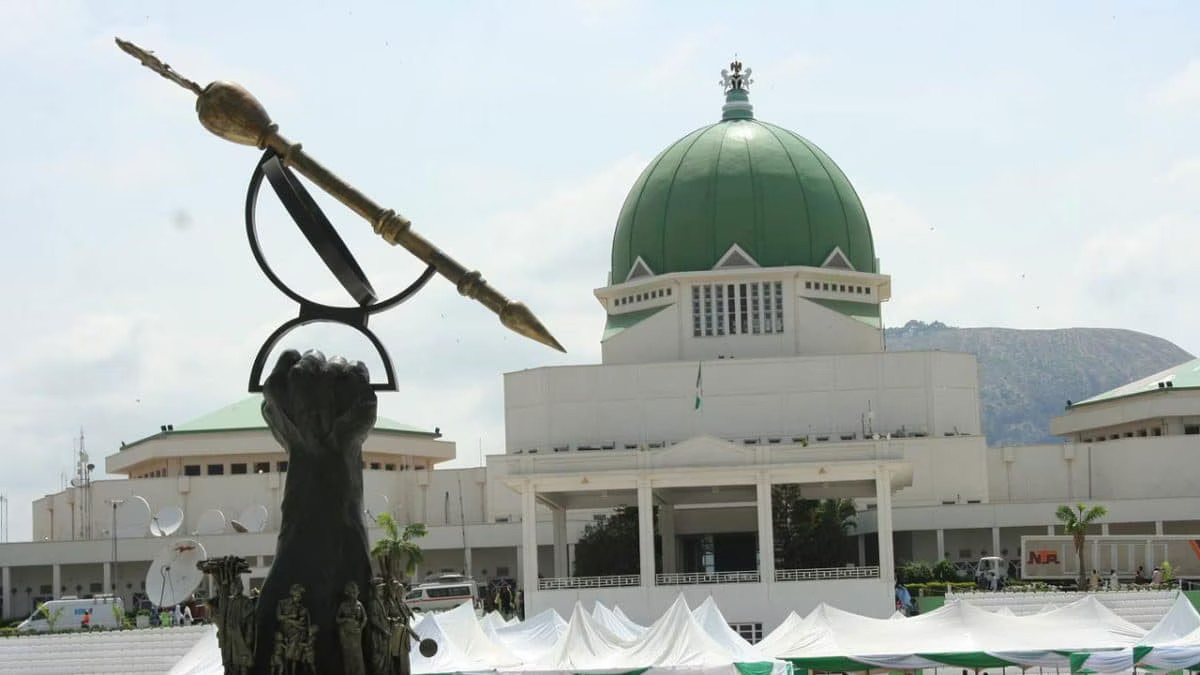 Federal Government has threatened to sanction the management of the National Assembly over the flagrant breach of the provisions of the National Minimum Wage Act, 2019, signed into law by President Muhammadu Buhari.

The threat notice was contained in the 2-page Circular with Reference No: SWC/S/65/III/696 dated 21st February 2022, titled: ‘Implementation of the National Minimum Wage of N30,000 per month – Reminder’, signed by the Chairman, National Salaries, Incomes and Wages Commission, Barrister Ekpo Nta, and addressed to the Clerk of National Assembly, Architect Amos Ojo.

The Circular was also addressed to the Chief of Staff to the President; Deputy Chief of Staff to the President; Ministers and Ministers of State; Secretary to the Government of the Federation (SGF) and Head of Civil Service of the Federation; Governor of Central Bank of Nigeria (CBN), Chairmen, Federal Commissions; Federal Permanent Secretaries; National Judicial Council (NJC), Secretary, Federal Judicial Service Commission; Directors-General and Chief Executives of Parastatals, Agencies and Government-Owned Companies.

“Accordingly, any Federal Government Agency that is yet to implement the National Minimum Wage and the consequential adjustments arising therefrom in line with NSIWC circulars that were issued on 14th November 2019, should clear with the Commission if they have problems with the implementation.

“Agencies, that were not mentioned in the circulars but were required to clear with the Commission before implementation, that have already implemented theirs without requisite approvals from the Commission, should submit details of implementation for verification/ratification.

“State/Local Governments and private sector organisations are at liberty to consult the Commission for guidance as they may deem fit.

“The Commission will monitor implementation and compliance in line with the provisions of Section 2 of the National Minimum Wage (Amendment) Act 2019. Thereafter, sanctions, as provided in Sections 13, 14 and 15, will apply where necessary.

“Please bring the contents of this circular to the notice of your Ministries, Departments and Agencies, and stakeholders.

“All enquiries arising from this circular should be directed to the Commission,” the Circular read.

In response to the NSIWC’s Circular, Chairman, National Assembly Service Commission, Engineer Ahmed Kadi Amshi via a Circular with Reference No: NASC/CIIO/GC/II/99 and dated 28th February 2022, directed the NASC Secretary, to attend a meeting where the modalities of the payment of the arrears and present the financial implications of the balance of the arrears for the staff of the Commission.

“We are in receipt of a circular with Reference No: SWS/65/III/696 dated 21st February 2022 on the above subject matter.

“The Circular implies that the implementation of the National Minimum Wage for all government establishments is with effect from 18th April 2019.

“Consequent upon this, the National Assembly Service Commission is expected to pay its staff the balance of arrears from 18th April 2019 to 31st December 2019.

“In view of the above, the National Assembly Service Commission hereby invites you, along with your relevant management staff for a meeting on Thursday 3rd March 2022 by 12noon at the Commission to discuss the modalities of the payment of the arrears.

“You are expected to come with the financial implications of the balance of the arrears for the staff of the Commission.”
Section 9 of the Act provides that: An employee shall pay to the workers a wage not less than the national minimum wage, subject to statutory deductions.

“Any employee who fails to comply with subsection (1), commits an offence and is liable on conviction to pay: a fine not exceeding 5% of the offenders monthly; all outstanding arrears of the workers’ wages and an additional penalty of not less than the prevailing Central Bank of Nigeria lending rate in the wages owed, for each month if continuing violation, provided that the power to order payment on account of wages under subsection (2) shall not derogate from the right of the worker to recover wages due to him by any other proceeding in a court of competent jurisdiction.”

Section 10 of the Act further provides that: “An employee shall keep such records of wages or conditions of employment as are necessary to show that the provisions of this Act are being complied with in respect of workers in his employment and to retain the records for three years after the period to which they refer.

“Any employer who fails to comply with subsection (1), commits an offence and is liable on conviction to a fine not exceeding N75,000.00; and an additional penalty not exceeding N10,000.00 for each day the offence continues,” the National Minimum Wage Act read in part.

At the meeting initiated by the NASC Chairman, Engineer Amshi and Clerk to the National Assembly, Architect Ojo confirmed receipt of the NSWIC Circular.

According to Engineer Amshi, the letter from the National Salaries, Income and Wages Commission, clarified that April 2019 was the authentic date of implementation of the National Minimum wage in the National Assembly Service, instead of 2020 as previously presented.

He, however, observed that the letter was silent on the ‘second leg’ which is the approval of other allowances from the Presidential Steering Committee, hence, the need for the Union to continue to follow-up.

The Chairman during the meeting recommended three possible proposed methods of payment of Minimum Wage balance of 8 months, 13 days.

According to him, NASC management is pursuing a review/ amendment of the National Assembly 2022 Budget to accommodate funds to implement the balance of Minimum Wage arrears since it was not captured in the 2022 Budget.

According to sources privy to the meeting, the management also proposed to embark on bit-by-bit monthly payment into salaries for everyone until all payments are made (an option management considers not too good for staff).

The Chairman, however, observed that the quarterly schedule became necessary because the management of both services received allocation on monthly basis and, in order not to affect other financial programmes of both Services.

To this end, the Commission urged the Union to choose one of the modes of payment of the Arrears from the above proposals.

Section 15(3a – c) of the National Assembly Service Commission Act, 2014 provides that: “The Commission shall defray from the fund all expenditures incurred by it and shall include the cost of administration; the payment of salaries, fees or other remunerations, or allowances, pensions and gratuities payable to members and employees of the Commission; and anything done in connection with any of its functions under this Act