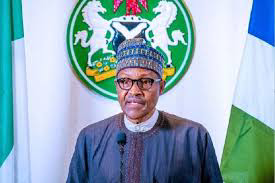 The development followed public outrage against the massive stealing of Nigeria’s crude oil, which had hobbled the country’s ability to meet the quota allocated by the Organisation of Petroleum Exporting Countries (OPEC).

The Governor of the Central Bank of Nigeria (CBN), Mr. Godwin Emefiele, had on Monday lamented the unprecedented rate of oil theft recorded in recent times and its debilitating effect on government revenue and accretion to reserves.

The governor’s comment came a day after THISDAY reported similar concerns expressed by the Co-founder and former Chief Executive Officer of Seplat Energy Plc, Mr. Austin Avuru, who called for a state of emergency in the Nigerian oil and gas sector.

He revealed that up to 80 per cent of oil pumped in the country, particularly in the East, is stolen.

Avuru spoke a few days after a businessman and Chairman Heirs Holdings, Mr. Tony Elumelu, also bemoaned the worsening state of the industry, stressing that about 95 per cent of oil production does not get to the terminal.

However, at the group’s first ports of call in Port Harcourt, Rivers state, Delta and Bayelsa states yesterday, Sylva who described the perpetrators as criminals, said the deployment of top stakeholders by Buhari was to underscore the importance of the situation.

“We have come because of the activities of these criminals. The government and the country can no longer afford these activities and that’s why we are here. I don’t want to say much, but we are going now, the CDS, myself and the operating companies and the GMD, we are going to overfly and see for ourselves what’s happening.

“And then I can assure you that within the next few days, operations will start in earnest and we are very sure that we are going to be victorious in a few months.

“The problem of security has come to the attention of the president and Mr. President has directed myself and the CDS and the GMD to ensure that this problem is handled once and for all,” the minister said.

According to Sylva, there are three elements to the solution to the extant problem, including the communities, as in his words, “these people involved in the illegal activities are not ghosts.”

Sylva argued that since the perpetrators are from communities, the host communities need to be involved in finding a lasting solution to the menace.

“All the elements are complete now. We are here as government, the operating companies are here and of course we are going to the communities. So, I believe that finally, this problem will be resolved.

“We are determined to stop it because we can ill afford the continuation of the insecurity in the oil industry. So I want to let everybody know that these criminals have their days numbered.

“We are here to ensure that this problem is finally resolved and to reclaim this industry for the country because this country has lost so much from the activities of these criminals and the government and country can no longer afford these activities and that’s why we are here,” he maintained.

In his comments, Kyari stated that the government had concluded plans to move against oil bunkering, pipeline vandalism and illegal activities threatening the country’s oil sector.

Kyari noted that the government would leave no stone unturned to arrest the increasing spate of oil theft and destruction of the environment which had cost the country foreign exchange earnings.

At Ibaa which is in Emeoha Local Government of the state, Kyari and the team ordered the destruction of several illegal sites.

Speaking with journalists at Ibaa, Kyari said the country could no longer afford to see her oil illegally exploited and stolen. He pointed out that the strategy being adopted would finally arrest the situation.

He commended the security team in the effort to stop denying the country the much needed resources for economic development.

The NNPC GMD warned that stakeholders are not being left out in the quest to find a lasting solution, adding that the Navy were also on top of the situation, assuring that the task of destroying illegal oil refinery will not stop until the problem is resolved.