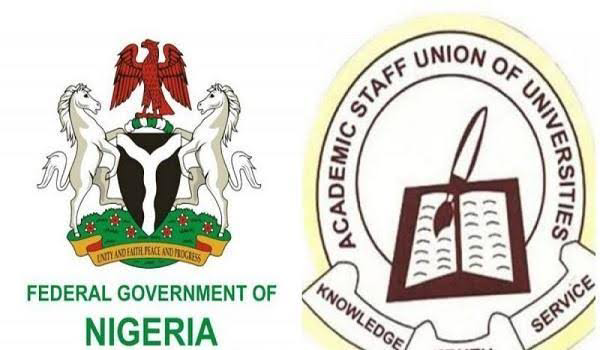 THE Federal Government on Sunday said it had referred the prolonged strike of the Academic Staff Union of Universities (ASUU) to the National Industrial Court of Nigeria (NICN) for adjudication, following the failure of dialogue between the union and the Federal Ministry of Education.

The statement said the suit is slated for hearing by 9.00 a.m. today.

“The Federal Government has asked the NICN to inquire into the legality or otherwise of the ongoing prolonged strike by ASUU leadership and members.

“It asked the court to interpret in its entirety the provisions of Section 18 LFN 2004, especially as it applies to the cessation of strike once a trade dispute is apprehended by the Minister of Labour and Employment and conciliation is ongoing.

“Determine whether ASUU members are entitled to emoluments or ‘strike pay’ during their period of strike, which commenced on February 14, 2022, more so in view of the national law as provided in Section 43 of the TDA and the International Labour Principles on the right to strike as well as the decisions of the ILO Committee on Freedom of Association on the subject.

“Determine whether ASUU has the right to embark on strike over disputes as is the case in this instance by compelling the Federal Government to employ its own University Transparency Accountability Solution (UTAS) in the payment of the wages of its members as against the Integrated Payroll and Personnel Information System (IPPIS) universally used by the Federal Government in the nation for payment of wages of all its employees in the Federal Government Public Service of which university workers, including ASUU members, are part of or even where the government, via NITDA, subjected ASUU and their counterpart, Universities Peculiar Personnel Payroll Systems (UPPPS) software to integrity test (vulnerability and stress test) and they failed,” the statement read.

The Federal Government also requested for an order of the court for ASUU members to resume work in their various universities while the issues in dispute are being addressed by the NICN in consonance with the provisions of Section 18 (I) (b) of the TDA Cap T8. LFN 2004.

Members of the Academic Staff Union of Universities who are Senior Advocates of Nigeria and Professors of Law among others will be defending the union as the case instituted by the Federal Government at the National Industrial Court comes up for hearing on Monday (today).

A member of the union’s National Executive Council, who did not want his name in print because he was not assigned to speak with the press, said the union would make use of its members who are senior lawyers.

“The president is meant to address this but we will be in court on Monday (today); we have members who are Senior Advocates and Professors of Law, they will be defending the union pro-bono,” the source said.

Also speaking with our correspondent, the union’s National Vice-President, Dr Chris Piwuna, confirmed that members would be in court for the hearing.

“We will be in court tomorrow (Monday) morning. Earlier, we met with the Minister of Education but we are ready for anything. That is the nature of the struggle,” he said.

In a separate interview, the chairman, ASUU of the Federal University of Minna, Dr Gbolahan Bolarin, said, “We are in receipt of the letter and we will be in court tomorrow (Monday). We are, however, shocked at the decision of the Minister of Labour, Chris Ngige.”