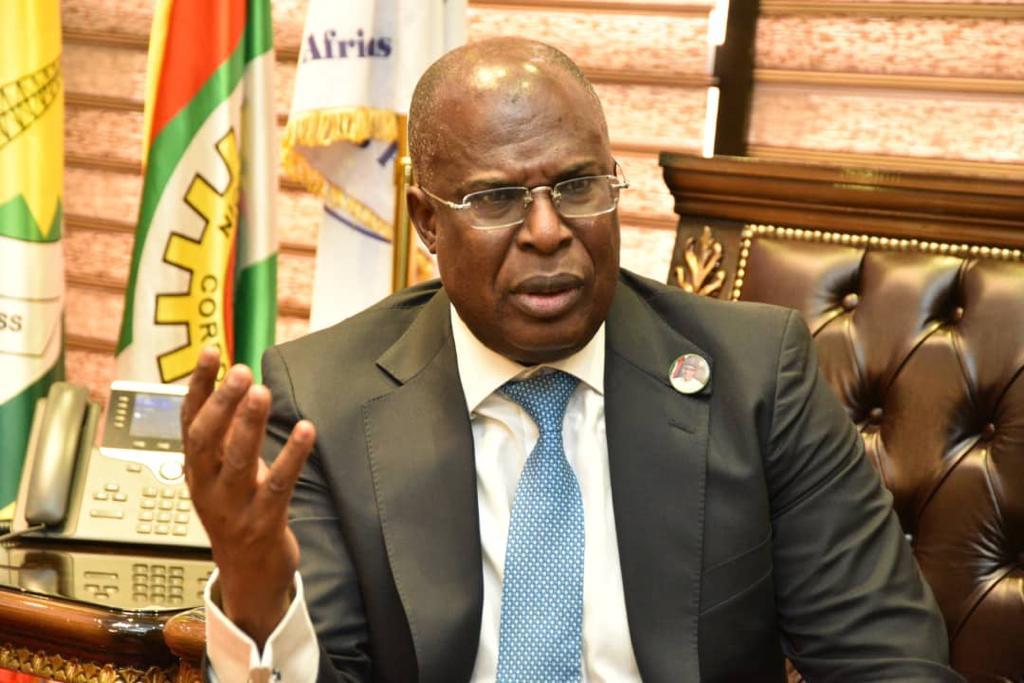 Optimistic that crude oil thieves would soon be chased out of the creeks, the Minister of State, Petroleum Resources, Mr Timipre Sylva, has said the government would brave the odds to ensure that the country meets its Organisation of Petroleum Exporting Countries (OPEC) crude oil production quota of 1.8 million bpd by the end of May 2023.

The minister spoke a day after OPEC agreed to maintain its production cut among member countries to maintain market stability.

To this end, Sylva said the Federal Government will continue to improve security along the tracks of the major crude oil pipelines and block every leakage through which crude oil is stolen by oil thieves and pipeline vandals.

The minister noted that “Once we are able to build enough confidence in the security of the pipelines, they (producers) will then be able to inject into the pipelines once again and once that happens, we will be able to meet up with our OPEC quotas. That is where we are going and the early signals are there that we are making very good progress”.

He continued, “Our pipelines have issues and we put security structure in place involving the communities, the security, oil companies and government and we are beginning to see some early signs of improvement. Our production for example has improved from where we were in the past. We are producing over a million barrels now and we believe that when we have built confidence enough on the pipelines and all the producers begin to inject into the pipelines that have been secured, we will be able to produce quickly to meet our OPEC quota. That’s really our plan and I am hoping that before the exit of this administration, we should be able to meet our OPEC quota”.

The minister added that with the current rehabilitation of the Port Harcourt, Warri refineries as well as the planned fixing of the Kaduna refinery and the coming onstream of the Dangote Refinery, Nigeria was sure of guaranteed crude production that will ease the incessant fuel crisis faced in the country.

He said “Between Port Harcourt, Warri and Kaduna we have over 410,000 barrels and if you have all that refined in-country that will be at least half of our consumption and with Dangote refinery which is expected to come on stream by the first quarter next year, we are expecting that we will actually be exiting the importation of petroleum products by the third quarter of next year. But I believe that even before the third quarter of next year we should be able to exit the importation of refined products”.

On the discovery of crude oil in Kolmani, a border town between Bauchi and Gombe states, the minister said Nigeria should brace up for more oil find, adding that only the Niger Delta region has been explored for oil despite huge potential in other regions of the country.

According to him “Nigeria is a very prolific territory, so far only the Niger Delta has been proven as an oil-bearing territory but we have a lot of other basins within Nigeria; we have the Benue trough, the Gongola Basin, the Sokoto Basin and the Dahomey Basin. We have a lot of Basins that have not been proven. We are targeting to get to see how we can explore for oil especially now that the world is transiting”.

“We want to see how we can quickly take advantage of what we have on the ground because coal didn’t finish on the ground before the world moved on to oil but we don’t think that the world is going to wait for us. So, at this moment, we want to see how we can hurriedly take advantage of all the potential that we have. We have found oil only now in the North East, and we believe that we are going to find more oil in the North East because we have also begun exploration in the Chad Basin on the Nigerian side. I believe that the Dahomey Basin is also very prospective. There is a lot of possibility that a lot more oil will be found. Nigeria should brace up for more oil and I believe more prosperity”

Sylva said going forward, Nigeria would not be dealing with crude oil as only an income earner but as an economic enabler to avoid the crisis that hallmarked oil discovery in the Niger Delta region.

“We are trying to ensure that we don’t look at oil now as an income earner but as an economic enabler, that is why if you look at the Kolmani area, what we are planning is, produce the oil and then add value right there. We are building a refinery there; we are building a gas processing plant and also a fertilizer plant. That is now the way forward for us. As we begin to find more oil, we will begin to add value before we export whatever is left,” the minister added