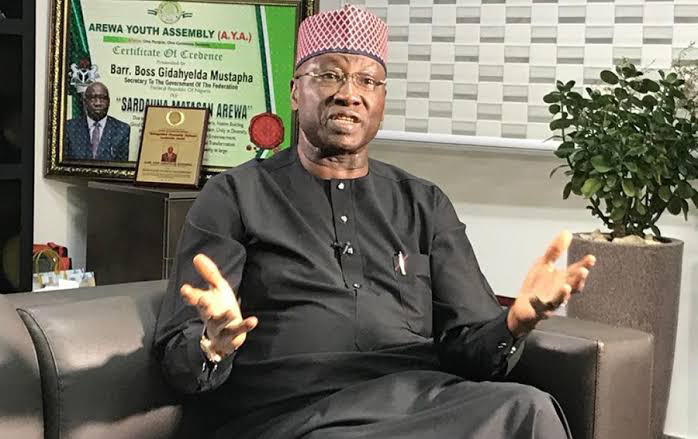 The Federal Government of Nigeria is seeking the assistance of United Nations (UN) in the areas of technical and infrastructural capacity in its drive to transit to electric vehicles to ensure safe and clean environment.

The Secretary to the Government of Federation (SGF) Mr Boss Mustapha said this during the courtesy visit of the UN Secretary General, Special Envoy for Road Safety to Nigeria, Mr Jean Todt, Friday in Abuja.

Mustapha maintained that the assistance would also enable the World Bank consider Nigeria in the project which was already going on in some developed countries.

He said that the multi-sectorial nature of road safety and its capital intensiveness has drifted the country to seek more cooperation and partnerships towards meeting the nation’s ambitious road safety target.

He said that the present administration would continue to invest heavily on road infrastructure for the safety users.

He stressed that the Government would not relent in supporting other African countries for effective traffic management in the continent.

According to him, UN should help in providing support for the Corps on electric vehicles transition through a sectoral approach in the area of technical and infrastructural capacity.

“Assisting Nigeria in advancing Traffic management through development of cutting-edge solutions such as smart road pricing and other measures would also go a long way, “he said.

Mustapha said that government’s commitment towards reducing carnages on the highways and create safe motoring environment for Nigeria road users compelled the establishment of the FRSC.

According to him, this administration is equally committed to providing a better safe motoring to the nation in alignment with UN focus on fatality reduction as well as those of African regional plan.

“Nigeria has been able to channel adequate resources towards meeting the global goals.

“Concrete frameworks have been developed on the set targets to bring about significant reduction in road traffic crashes, injuries and deaths.

“Although, the current data per 10,000 vehicles and 100,000 Human population is still behind that of Sweden and other developed countries, efforts are being made to drastically lower the current figures as much as possible, ” he said.

Earlier, Todt commended the Federal Government for the domestications of the Six United Nations Conventions and agreement on Road Safety.

Todt said that UN had been working with Nigeria and FRSC especially the contribution to global road safety which was exceptional.

According to him, 1. 4 million people died yearly of Road Traffic Crashes (RTCs) .

“So this is an opportunity to understand better how road safety works and the need to educate road users more on road safety globally especially Africa, ” he said.

Todt who had earlier met with the Minister of state for Works and Housing Mr Muazu Sambo advised the ministry to invest more on Road Signs to guide road users and check road accidents in the country.