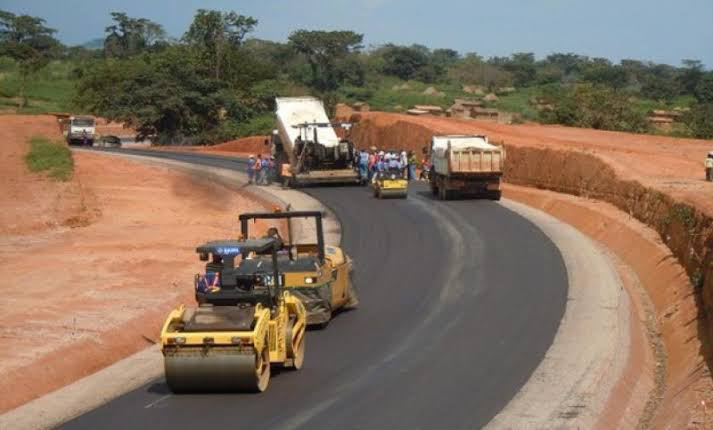 The Federal Government has opened bid for Highway Development Management Initiative (HDMI) with 11 companies coming out successful in the Value-Added Concession (VAC). 18 companies were shortlisted, out of which 11  were successful to bid for the 12 routes slated for concession.

The Minister of Works and Housing, Mr Babatunde Fashola opened the bidding process at a ceremony in Abuja, on Wednesday.The Highway Development and Management Initiative was conceptualised and developed by the FMWH in collaboration with the Infrastructure Concession Regulatory Commission.

The HDMI sought to facilitate the development of parts of Nigeria’s 35,000km of federal highway network by bringing order, efficiency, accountability and profitable entrepreneurship to the operation, management, and maintenance of all assets within the Right of Way.In his address, Fashola said government was seeking to unlock capital into the nation’s road transport infrastructure assets.

He said when the government of President Muhammadu Buhari came in 2015, what was available to fund road infrastructure in the country was only N18 billion.“The government had raised SUKUK from 2017 to 2021 to spend on 76 roads.“We initiated taxes projects scheme which has brought NNPC, Dangote and others to contribute to constructing our roads infrastructure.“We have also innovated and recovered some of our common wealth taken in this country  overseas.“

President Buhari has recovered some of these money and put into presidential infrastructural development fund and that has also expanded the access to roads infrastructure.“We are now at a very important type of PPP highways access concession where 12 roads I believe are under construction and 17 or 18 are shortlisted entities,” Fashola said.

He said the project scope included the expansion, realignment, rehabilitation and maintenance of existing road pavements,  bridges and construction of interchanges and pedestrian crossings.Construction and operations of tolling facilities; installation of weigh bridges, traffic systems, physical patrol, provision of towing services, among other services.

The HDMI is in two phases, the Value Added Concession (VAC) which bid is now open, seeks to concession 12 economically viable road corridors to technically and financially capable private sector forms.Fashola therefore called on the procurement unit to ensure that due diligence was observed  to enable all companies to be properly certified so that there would not be any hitch in the process.

The Acting Director-General, Infrastructure Concession Regulatory Commision (ICRC), Mr Mike Ihiemi said the agency would continue to provide regulatory guidance for the success of the project to ensure sustainability.“So that a credible Concessionaires emerge at the end of the exercise.“It is worthy to note that the commission reviewed  business activities  on the Highway Management Development Initiative (HDMI) which started last year.“Confirming that the roads are good economically and financially viable and for the project to move to the procurement phase.“

The infrastructural regulatory commission at the end of the procurement phase will review and certify the Full Business Case(FBC) documents to enable the minister secure the approval of the Federal Executive Council.” ICRC official said.On his part, the Director-General, Buereau of Public Enterprise (BPE), Mr Alex Okoh commended the minister for seeking alternative  models for providing infrastructure development in Nigeria, especially in the highway development and management initiative.“I therefore wish to congratulate the achievement of this major milestone of the opening of the request for products in the value added concession of 12 strategic road corridors in the country.“

The bureau of public enterprise fully supports this initiative and we are working with ministries, departments and agencies of government to ensure that public private partnership transactions of this magnitude are carried out effectively.“In line with both the guidelines of the Regulatory Commission as well as the best global practices and strong consideration to our local content.“In this way, we will ensure that value for money is obtained in the procurement and management of infrastructure and we are pleased to be collaborating with the Ministry of Works and Housing in patterning with it on HDMI projects

PREVIOUS POST WHO appoints Deutsche Telekom to “standardise the issuing of QR codes” and to create a global vaccine passport
NEXT POST FEC approves N56.3bn for completion of Abaji-Koton Karfe highway, N2bn for cattle