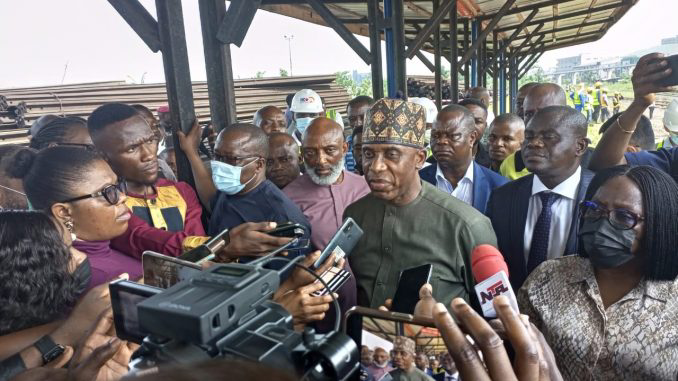 While inspecting the project in Port Harcourt, Minister of Transportation, Rotimi Amaechi, expressed confidence that laying of rail tracks leading to Enugu would be completed by September, 2022.

He said “When it was inaugurated enough fund was not given for the project but now they have some level of funding and I hope we can secure the fund before they exhaust what they have.”

He said more security is needed to forestall any form of delay that may arise as a result of agitations from locals.

Amaechi said he expected CCECC to have cleared the track up to Imo River,

The federal government on the 10th of March, 2021, kick started the $3 billion rehabilitation and reconstruction of the 1,443-kilometer (897-mile) Eastern Railway line that starts from the South East oil hub of Port Harcourt and terminates at the North East city of Maiduguri.