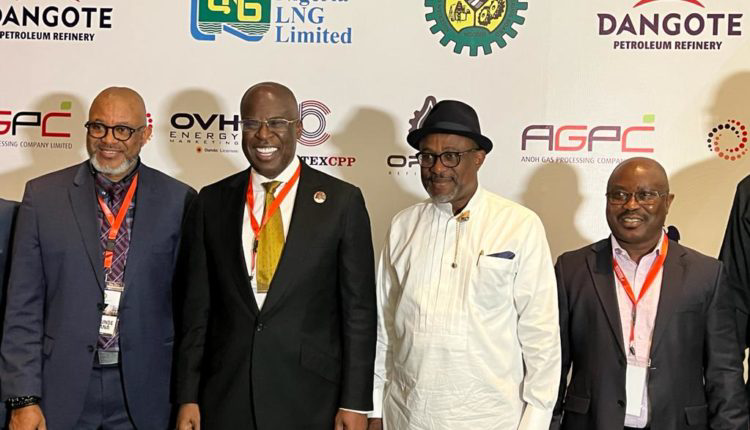 The Federal Government has called for synergy among stakeholders in the midstream and downstream sector to strengthen local content and boost the country’s domestic refining capacity.

Horatius Egua, Senior Adviser (Media and Communications) to Minister of State Petroleum Resources, in a statement, quoted Chief Timipre Sylva, Minister of State Petroleum Resources, to have stated this in his address at the opening ceremony of a two-day dialogue on “ Maximizing Potentials in the Midstream and Downstream Oil and Gas sector – a local content perspective”, organized by the Nigerian Content Development and Monitoring Board (NCDMB), in Lagos, on Monday.

According to Egua, the Minister of State said the dialogue “will serve as a platform to sensitize and enlighten stakeholders about the Board’s capacity building intervention initiatives in support of Nigerian Content Development in the Midstream and Downstream sectors”.

Sylva noted that the interface would “create a forum for top level dialogue that will articulate an agenda for actualizing the full potentials and prospects of the massive investments in the Midstream and Downstream sectors of the Nigerian Oil and Gas Industry” adding that the “mandates of the Ministry of Petroleum Resources under the Next Level Agenda of Mr. President is the “Increase in Domestic Refinery Capacity”.

He noted that government’s effort at boosting domestic refining capacity led to NCDMB’s partnership with local companies such as Waltersmith Refinery, Azikel Refinery, and Atlantic Refinery “to be the catalyst for the industrialization of the Nigerian Oil and Gas industry and its linkage sectors”.

Sylva went further to say that “NCDMB’s investments in Eraskon Nigeria Limited for a lubricating oils blending Plant, Bunorr Integrated Energy Limited for the production of lube oil and other lubricants in- country, and Duport Midstream Company for the establishment of an energy park, which comprises modular refinery and gas processing facility, have shown a broad spectrum of partnerships in the midstream and downstream value chain”.

The Petroleum Industry Act (PIA) the Minister noted has “introduced a governance framework for the industry with clear delineation of roles between regulation and profit-centric business units”, stressing that “The Act contains fiscal incentives to attract investment in gas development and local refining; it also provides exceptional care for host communities and future energy security through dedicated funding renewable energy development and local content”.

He commended President Muhammadu Buhari for creating the enabling environment in the oil and gas sector for local content to thrive adding that “under the “Decade of Gas Initiative”, gas has been declared a transition fuel towards our actualization of a net- zero carbon emission. Government has supported critical projects such as NLNG Train 7, Ajaokuta-Kaduna-Kano (AKK) Gas Pipeline, Nigeria/Morocco Gas Pipeline, Trans- Saharan Pipeline, and the National Gas Transportation Network Code”.

While expressing optimism at the outcome of the dialogue between
the various stakeholders at the forum the Minister said he expect that at the end of the dialogue, “we would have broadened our knowledge to the Nigerian Content opportunities associated with the midstream and downstream sectors. We must find ways to unlock the natural gas and domestic production potentials of Nigeria and drag millions of our people out of energy poverty”