FG, ASUU to reconvene Feb 28 as meeting ends in deadlock 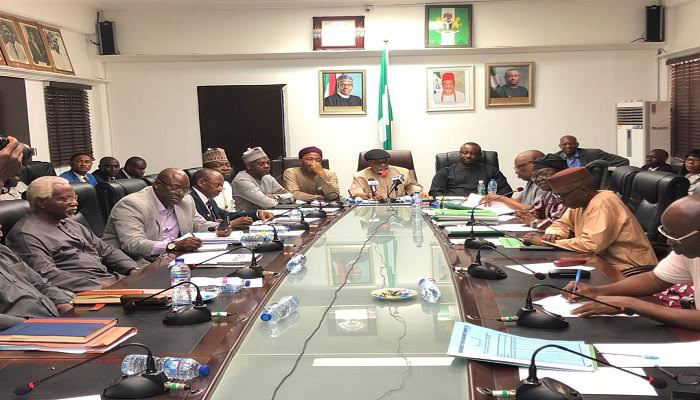 ASUU has been in a tussle with the federal government over unmet demands. On February 14, the union declared one-month warning strike to press home its demands.

The union’s executives and Chris Ngige, minister of labour and employment, met on Tuesday to discuss how to end the strike.

NAN reports that Ngige briefed journalists on Wednesday at the end of the marathon meeting held in Abuja.

According to Ngige, the ongoing warning strike is illegal because the demands of the union were already being addressed since last year.

The minister said the strike was a clear breach of the law, adding that the union did not go through the normal process before embarking on the industrial action.

“ASUU did not give the Federal Government the minimum 14 days strike notice prescribed by the law, prior to the strike. I saw their letter in my office on Feb. 18, which is last Friday and as you know, they started their action on Monday, Feb.14. So, it is a clear breach of labour laws. There are violations,” he said.

“If you must notify us of an intending strike action, you give us a minimum of 14 days notice. I pointed it out to them that we are a country guided by laws. Nobody is above the law. They should obey it.”

The minister also said the meeting touched on all the five-point demands of the union and sorted out four of them with timelines for action.

Ngige advised ASUU not to intimidate the education ministry or its committee into coming up with things that were not in tandem with the normal rate, then the document would not fly.

He said the meeting agreed that the ministry of education should resuscitate the committee within two weeks to look at the proposal it had with ASUU “so that they could come up with something for the PSC to have a look and then send it to the FEC.”

Ngige urged ASUU to brief their members appropriately and call off the strike before the expiration of the one month duration.

“By Monday, we would have dealt with some of the issues they are talking about and return to them for further discussion. We will meet again with them and the Nigeria Inter-Religious Council (NIREC) and we take it from there,” he added.

ASUU had earlier insisted that it would not call off the strike if its demands are not.